ADR of 11 banks above regulatory limit in Sept 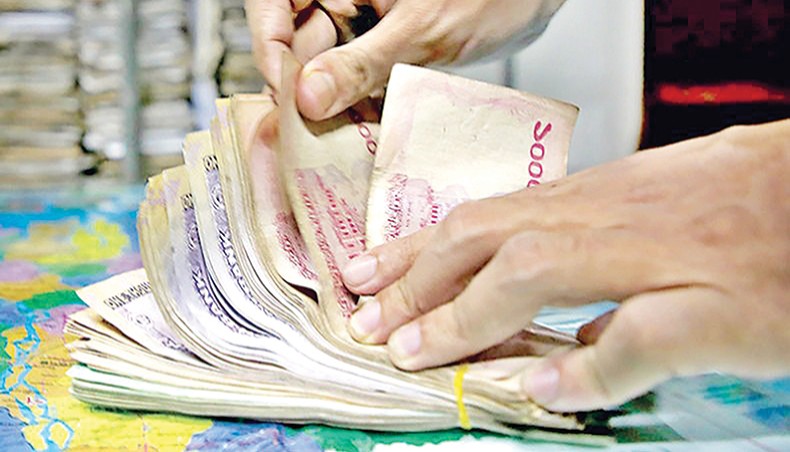 A file photo shows a man counting taka notes in the capital. The Advance-Deposit Ratio of eleven banks remained above the regulatory limit even after three years of the central bank moving to streamline the ratio. — New Age photo

The Advance-Deposit Ratio of eleven banks remained above the regulatory limit even after three years of the central bank moving to streamline the ratio.

The advances to deposits ratio measures loans (advances) as a percentage of deposits held by any financial intuition.

The central bank fixes the ratio with a view to minimise the risk to the depositors’ funds.

Prompted by the coronavirus outbreak and to contain its adverse economic impacts by issuing credit to businesses, the central bank in April this year relaxed the ADR.

As per the latest instruction, traditional banks are allowed to issue the highest of Tk 87 as advances or loans to its customers against receipt of Tk 100 from customers while the ratio was set at 92 per cent for Shariah-based banks.

The banks have been failing repeatedly to bring down the ratio ever since the central bank took the initiative to streamline the banks’ ADR in January 2018.

An official of the central bank said that the BB had continued to press non-compliant banks to follow the rules.

‘We usually ask the banks to submit plans on how they would be able to adjust the ADR,’ the official said.

The BB data showed that three banks — Agrani Bank, BASIC Bank and Padma Bank — were suffering with ADRs of above 100 per cent.

BASIC Bank’s ADR was the highest at 114.52 per cent among all banks while the rate was 108.57 per cent in Agrani Bank’s Islamic wings and 104.51 per cent in Padma Bank at the end of September this year.

Speaking about the unchanged state of the ADR, the official said that the lending and deposit situations of the banks had remained almost the same since December amid a slow growth in lending as well as deposits.

In January 2018, the central bank lowered the ADR to contain the banks’ lending spree in fear of a spike in non-performing loans in the embattled banking sector.

The central bank increased the limit gradually based on the liquidity and economic situations.