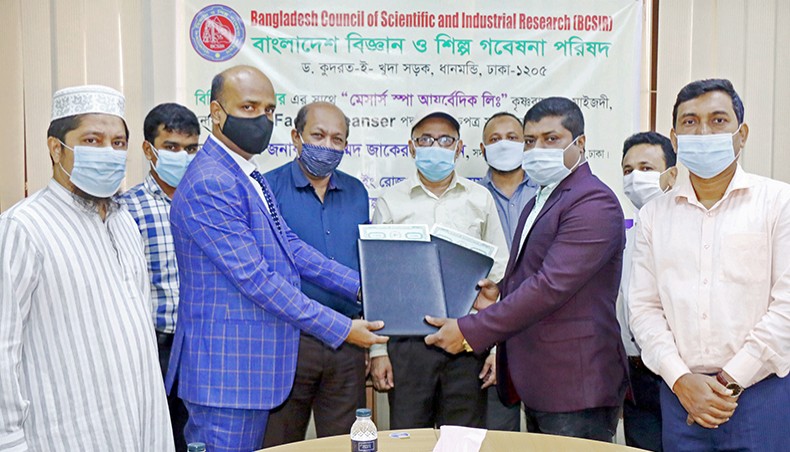 Bangladesh Council of Scientific and Industrial Research signed a lease agreement for the commercial production and marketing of the facial cleanser developed by the council.

The deal was signed with Spa Ayurvedic in the meeting room of the member (development) of BCSIR in Dhaka on Sunday, said a press release.