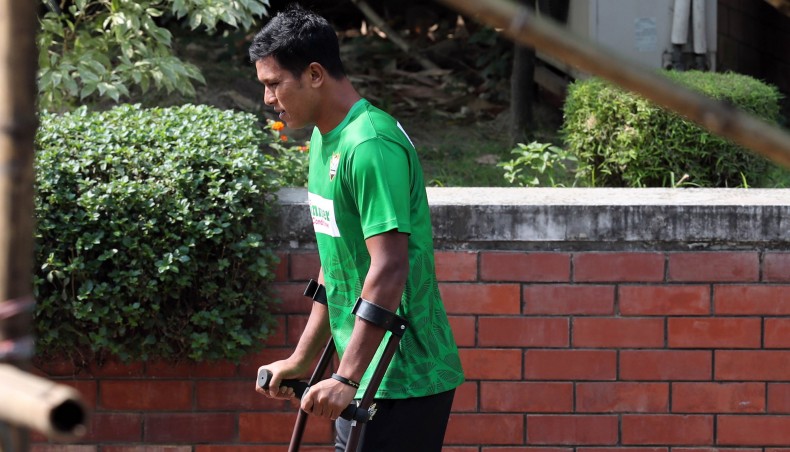 Bangladesh pace-bowling all-rounder Mohammad Saifuddin hurt his left ankle on Sunday during a practice session of his Bangabandhut T20 Cup team Minister Group Rajshahi, which has ruled him out of the action for at least two weeks.

Saifuddin was Rajshahi’s first choice in the players draft of this event. But for this injury, he won’t be able to play the first few matches for Rajshahi which is a big setback for them.

‘Saifuddin injured his left ankle during a practice session for the Rajshahi team. He is now under the observation of the team physio and BCB medical department. This sort of injury takes at least two weeks to get healed. We’ll be able to know his condition better tomorrow,’ Hannan Sarkar, the manager of Rajshahi team, told the media.

After getting the blow while playing football for warm-up, Saifuddin had to leave the field using a crutch.

Bangabandhu T20 Cup 2020 will begin on November 24 at the Sher-e-Bangla National Cricket Stadium on Sunday. Along with Rajshahi, other four teams— Beximco Dhaka, Fortune Barishal, Gazi Group Chattogram and Gemcon Khulna— will also participate in this event.