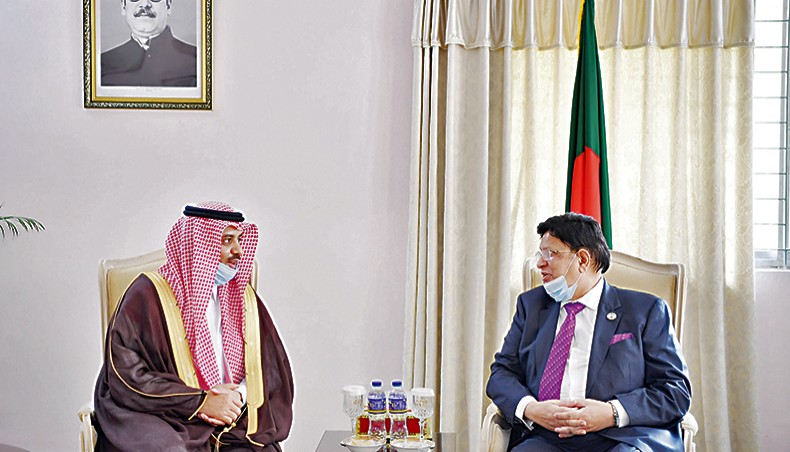 He conveyed the investment interests of Saudi companies to foreign minister AK Abdul Momen in a meeting at the state guest house Padma in the capital.

The ambassador also sought cooperation of the foreign ministry in implementing the agreements and MoUs signed between Bangladesh and Saudi Arabia in the recent past.

The foreign minister assured Al Dulaihan of all cooperation to move forward the existing bilateral cooperation.

He also extended an invitation to the Saudi crown prince Muhammad bin Salman to visit Bangladesh.

Momen also expressed his satisfaction over the pace of return of stranded Bangladeshi citizens to the Kingdom of Saudi Arabia with the help of the Saudi embassy in Dhaka.