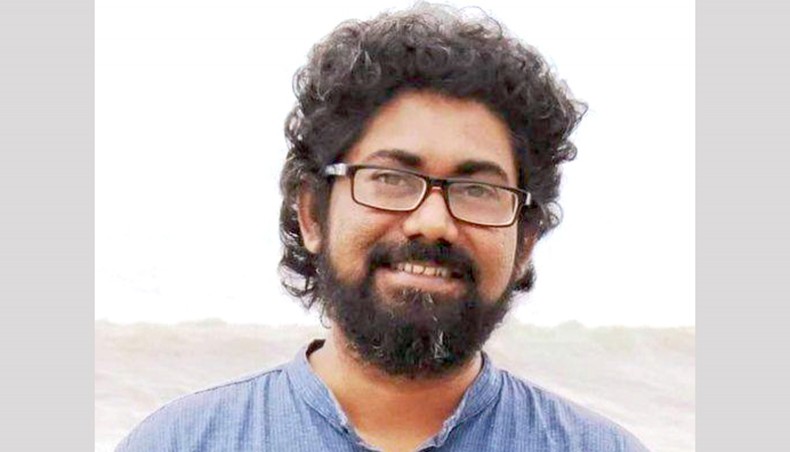 Poet and professor at Bangla department of Jahangirnagar University Himel Barkat died of cardiac arrest at Ibrahim Cardiac Hospital in the capital in the early hours of Sunday morning. He was 42.

Himel Barkat will be buried today in his family graveyard at Mithekhali village, Mongla upazila under Bagerhat district.

He is survived by his widow and daughter. He is also the younger brother of the late eminent poet Rudra Mohammad Shahidullah.

Teachers of JU, including the vice chancellor, pro-vice-chancellor, dean of Bangla department, faculty members, and students have expressed deep shock at the death of Himel Barkat.

According to Bangladesh Sangbad Sangstha, JU vice-chancellor professor Farzana said that the untimely death of Himel Barkat is an irreparable loss to Bengali literature and the university.

The JU VC also prayed for eternal peace of the departed soul of Barkat and conveyed deep sympathy to the bereaved family.