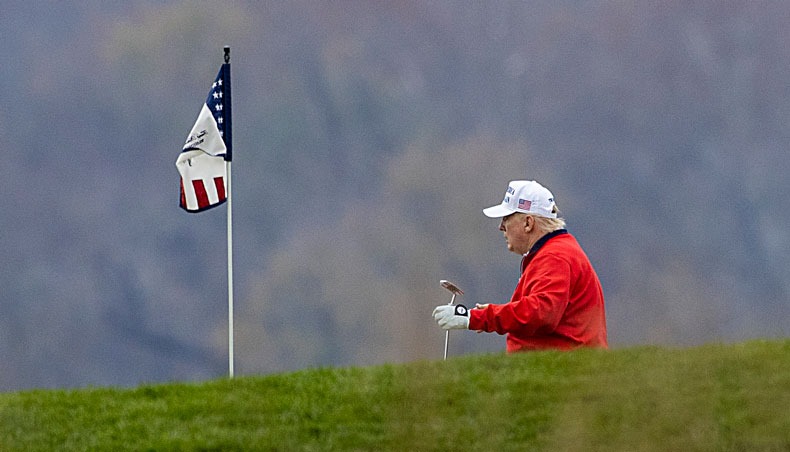 The United States president Donald Trump went golfing after making a brief online appearance at the G20 summit on Saturday, an event hosted by Saudi Arabia but staged virtually because of COVID-19.

A source with access to the online sessions, which were closed to the media, reported that Trump had ‘said that he had done an absolutely incredible job during his term, economically and with the pandemic’.

It was an exercise in ‘self-publicity’ said the source, adding that ‘he didn’t say anything about the global situation’.

After his moment in the virtual limelight, Trump was substituted by treasury secretary Steven Mnuchin as the other world leaders had their say.

Later, he left the White House and headed to his golf course in Virginia, not far from Washington.

He was met by a handful of supporters with Trump flags, one carrying an effigy of the 45th US president and a ‘Four More Years’ banner.

Another sign, however, showed a slice of bread marked with the words: ‘Face it. You’re Toast.’