Practice matches on despite virus scare 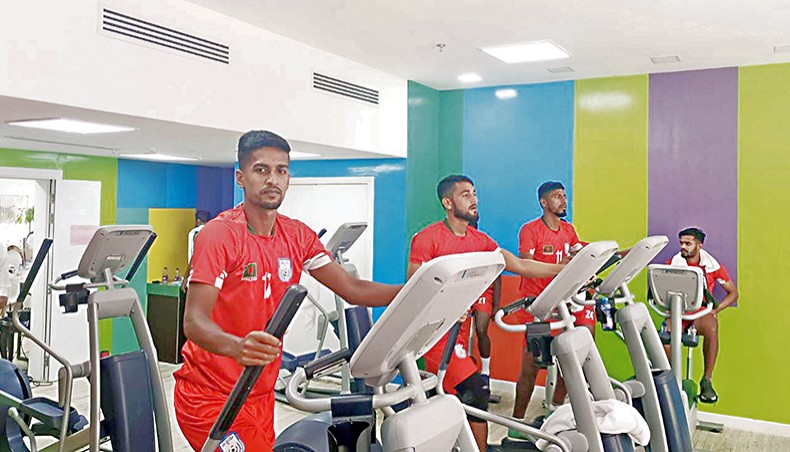 A 34-member Bangladesh squad is currently in Doha to play the second leg of their 2022 FIFA World Cup and 2023 AFC Asian Cup joint Qualifiers against Qatar on December 4.

The COVID-19 cases placed some doubts over Bangladesh’s scheduled practice matches against Qatar clubs on November 25 and 28 but BFF general secretary Abu Nayeem Shohag said the matches will go ahead as planned.

‘I don’t think the practice matches will get cancelled. The games will definitely take place,’ Shohag told New Age on Saturday.

BFF was trying to secure clubs who play in Qatar Stars League, the top flight of the country, for the match but now it might have to settle for second division clubs, said Shohag.

‘We wanted to play the practice matches against Qatar Stars League clubs. But the league is currently ongoing. So, it would be difficult to get a Qatar Stars’ League team. So, we might have to play against a second division team. But the practice match will take place on time, on November 25 and 28,’ he said.

The COVID-19 infections of Amer and Fuad prompted BFF to arrange another test for all the players on Saturday, the result of which will come out today.

‘They [Amer and Fuad] are in isolation. They were tested again today [Saturday] along with the entire team. We will get the test results tomorrow [today] morning,’ Shohag said.

Bangladesh team had to fly to Qatar for the important clash without their head coach Jamie Day and defender SM Monjurur Rahman Manik after both tested positive for the virus, Day on November 15 and Manik the night before the flight.

Forward Nabib Newaz Jibon was also ruled out with from the match due to a knee injury which he suffered in the second Nepal friendly on November 17.

BFF are still hoping to send Day and Manik to Qatar before the Qatar match if they test negative in their retest scheduled on November 23.

Bangladesh players were confined in their hotel rooms on Saturday and did light stretching inside their rooms.