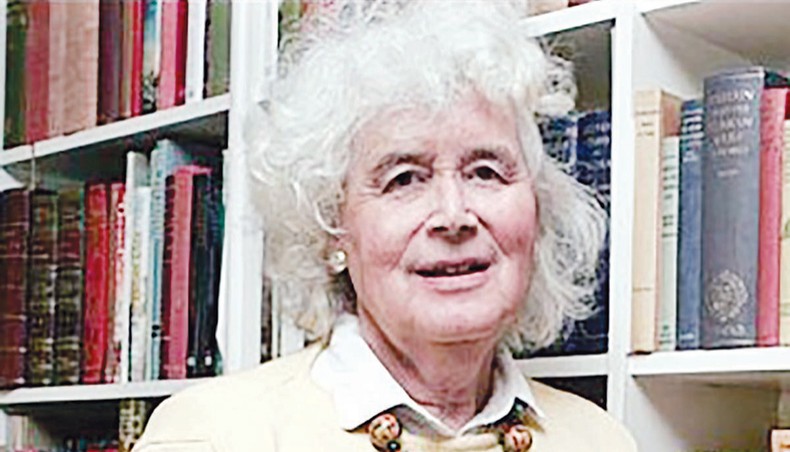 The British writer and journalist Jan Morris, who broke the news of the first ascent of Mount Everest and was one of the first openly transgender public figures, has died at 94, her son announced Friday.

Morris reported for The Times on the Everest ascent by Edmund Hillary and Tenzing Norgay in 1953 and filed the global scoop of their success in a coded telegram.

She told The Guardian in 2008 of spotting ‘the small figures of Hillary and Tenzing coming down the face’ and ‘hugs of ecstasy’ as they confirmed reaching the summit.

She said she never thought to ask which man got there first, adding: ‘It was Hillary, by a rope, but he resisted saying so for much of his life.’

The 26-year-old reporter sent a telegram using a code agreed with The Times where ‘Snow conditions bad’ meant ‘Everest climbed.’

Morris went on to write more than 40 books including a history of the British Empire and portraits of cities including Oxford, Venice and New York.

Her 1985 novel ‘Last Letters from Hav’ was shortlisted for the Booker Prize.

Her book ‘Conundrum’ was one of the first to talk about feeling inside the wrong body and gender reassignment, reflecting her personal experiences.

She was born as James Humphrey Morris in 1926 and served in the army during World War II.

In 1949 Morris married Elizabeth Tuckniss and the couple had five children.

In 1972, after taking hormone therapy, Morris had reassignment surgery in Casablanca and changed her name from James to Jan.

This came at a time when Britain needed ‘attitude surgery,’ wrote The Daily Telegraph. A BBC journalist asked her on camera if she had a ‘full sex life’ and Morris was forced to divorce.

She continued a relationship with Elizabeth, however, and they later entered into a civil partnership in 2008. They lived together in Wales.