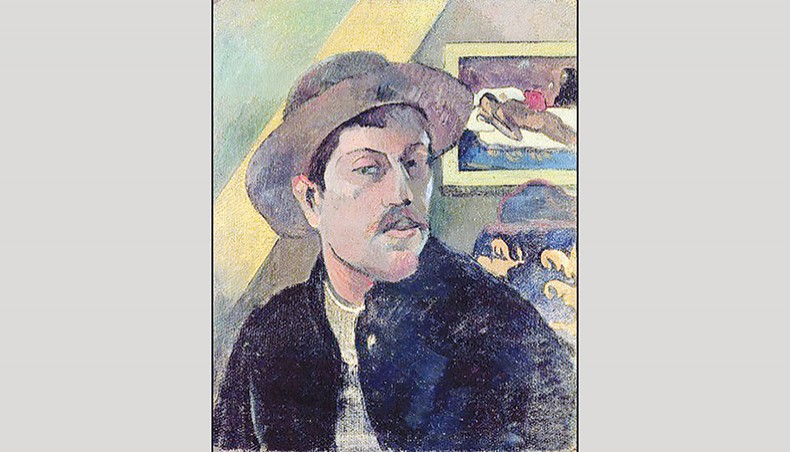 A self portrait of Paul Gauguin. — Wikipedia

A little-known canvas by  post-Impressionist Paul Gauguin that has not left the United States since the 1940s will be put up for sale this month at the virtual Fine Arts Paris fair.

The sale comes at a time of growing controversy surrounding Gauguin and his Polynesian period, which included relationships with young girls on the French Pacific island of Tahiti and explicit depictions of them.

The only known image of ‘Teurahaimata a Poturu,’ an oil painting of a woman against a blue background, is a black-and-white photo held by the Wildenstein French-American art dynasty, which was reproduced in a 1964 catalogue.

The work was bought sometime before 1895 by collector Edouard Paulin Jenot and went through several owners before being acquired by an American family in 1943, after going on display just once at a Cleveland museum in 1942.

It is one of only a handful painted by Gauguin during his first trip to Tahiti, where he would eventually die in 1903, aged 54.

New York gallery owner Jill Newhouse, who is presenting the work at Fine Arts Paris, did not disclose a price tag, but similar works have sold for as much as 10 million euros (nearly $12 million).

‘Teuraheimata a Poturu’ will be accompanied by new research and paint analysis as well as a conservation report.

For the fair’s fourth edition, which opens online November 24 amid the coronavirus pandemic, 55 galleries and other exhibitors will show up to 10 works each.