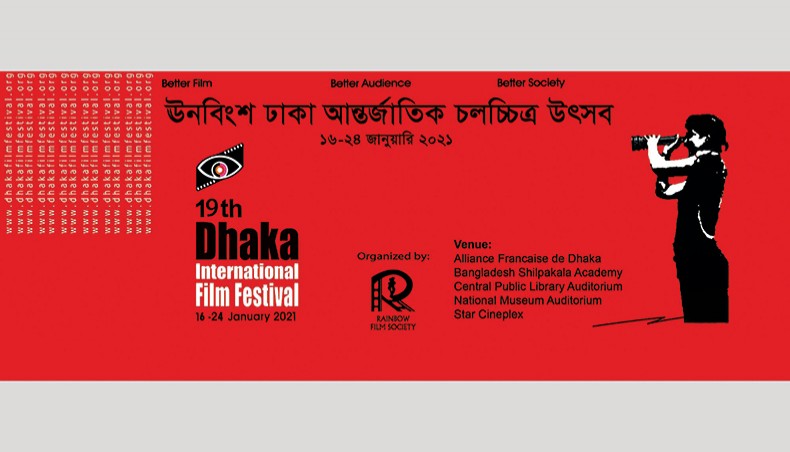 This new segment has been included marking the birth centenary of the country’s founding president Sheikh Mujibur Rahman.

‘We have included the segment “Legendary Leaders Who Changed the World” to pay tribute to Bangabadhu Sheikh Mujibur Rahman on his birth centenary. The segment will feature documentaries, fictions and films depicting lives and works of global leaders who have fought for their country, democracy and freedom of their people. We are looking forward to screening around 10 films under the segment,’ Ahmed Muztaba Zamal, director of DIFF, told New Age.

The film festival will be held from January 16 to 24 and films will be screened at different venues including Bangladesh National Museum, Sufia Kamal National Public Library, Bangladesh Shilpakala Academy, Alliance Francaise de Dhaka and Star Cineplex. Besides, the event will also host online film screenings.

Besides, the event will feature Seventh Dhaka International Conference on Women in Cinema 2021, which will be held from January 17 to January 18. Women filmmakers, actors and personalities from all over the world are scheduled to participate in the event.

Rainbow Film Society has been working to promote a healthy cine culture in Bangladesh since 1977. It has been organising DIFF since 1992 with the theme ‘Better Film, Better Audience and Better Society’.

‘We are going to organise the upcoming festival amid the COVID-19 crisis. Though we have been struggling due to lack of sponsors this year, let’s hope for the best,’ mentioned Ahmed Muztaba Zamal.