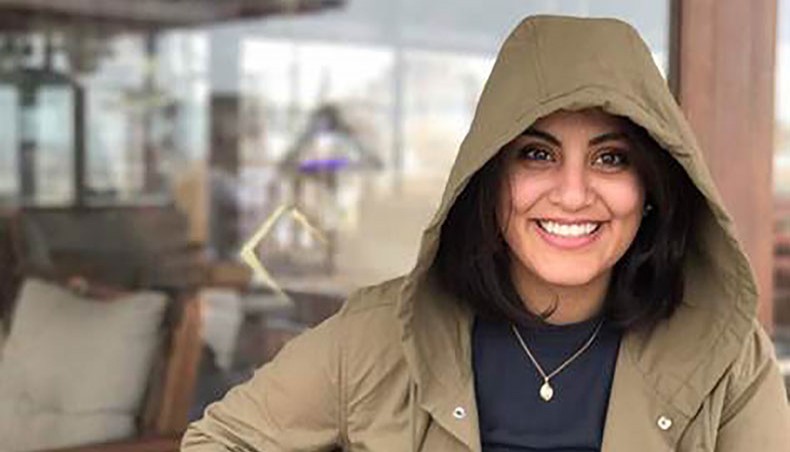 This undated file photograph released on August 6, 2019, on the Facebook page of Saudi activist Loujain al-Hathloul shows her posing for the camera at an undisclosed location. — AFP photo

The sister of a leading Saudi rights activist jailed since 2018 has urged world leaders to use this weekend’s virtual G20 summit, hosted by Riyadh, to press for her freedom.

Saudi Arabia, which is frequently accused of human rights abuses, is the first Arab nation to host the annual gathering of leaders of the world’s biggest economies.

It has been in the crosshairs of campaigners for continuing to imprison several activists, including Loujain al-Hathloul, a key figure in the campaign to allow Saudi women to drive and end the ultra-conservative Sunni kingdom’s system of male guardianship of women.

Hathloul, 31, was arrested in May 2018 with about a dozen other women activists just weeks before Saudi Arabia lifted its decades-long ban on female drivers.

Some have been provisionally released, but Hathloul and others remain in detention on what rights groups describe as opaque charges that include contact with foreign media, diplomats and activist groups.

Hathloul has been on a hunger strike since October 26.

Her sister, Lina al-Hathloul, urged world leaders this week to use the forum ‘to publicly demand the release of activists languishing in Saudi jails’.

‘The leaders of the world must be our voice,’ she told AFP by telephone from Berlin.

The pro-government media has branded Hathloul and others as ‘traitors’, and her family alleges she experienced sexual harassment and torture, including electric shocks and water boarding.

According to her sister, Hathloul’s family have not had news from her since October 26, when she was last visited by her parents and told them she had lost hope and stopped eating.

‘Today, there is no more physical torture, but they are trying to break her psychologically,’ said Lina al-Hathloul, citing long periods of solitary confinement and no contact with the outside world.

Two years after facing international condemnation over the murder of Saudi journalist Jamal Khashoggi, the kingdom is seeking to use its G20 presidency and the summit to boost its international image and attract foreign investment.

He has allowed cinemas, mixed-gender concerts and greater freedoms for women, including the right to drive.

But he is also suspected of involvement in Khashoggi’s killing and dismembering at the Saudi consulate in Istanbul—a charge he denies—and is intolerant of opposition.

‘The new Saudi Arabia of MBS, we don’t really believe in it. The true reformers of this country are behind bars and cannot speak out,’ Hathloul’s sister said.

And she insisted that the ‘quiet diplomacy’ world leaders have been using with Saudi Arabia is not working.

‘After three years of arbitrary imprisonment of activists, I think the strategy must change,’ she said. ‘We have to take advantage of this summit where Saudi Arabia is going to be in the spotlight for a few days to say things publicly.’

The French foreign ministry, asked whether it would raise the matter at the summit, told AFP that ‘France is constantly mobilising in favour of human rights’ and said President Emmanuel Macron had called for Hathloul’s release last year.

‘Even though I don’t really feel like I’m in danger in Europe, I know the violence of which they are capable, we saw it with Khashoggi,’ said Lina al-Hathloul, who has lived in Europe for several years.

‘I try not to think of it, because that would stop me in my fight,’ she told AFP.

‘I don’t know if my sister knows what is going on in the outside world. I just want to let her know that the entire world continues to fight for her freedom, and that we consider her a heroine, not a traitor,’ Lina al-Hathloul said.

Their parents are prohibited from leaving Saudi Arabia.