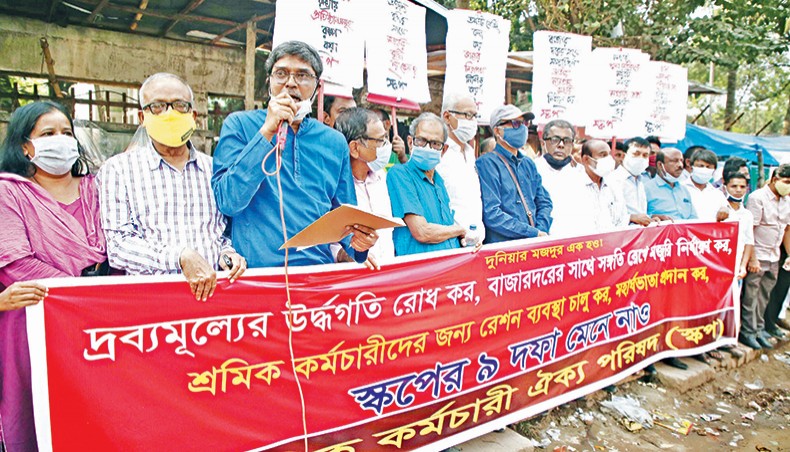 Leaders of Sramik Karmachari Oikya Parishad at a protest rally on Monday called on the government to give workers dearness allowance to face price hike of essential commodities.

‘In our country, the workers are low paid and they are facing problems to run their families as prices of essential commodities increased during the corona outbreak,’ Shahidullah said.

He called on the government to introduce dearness allowance and low cost ration of essential commodities for the workers.