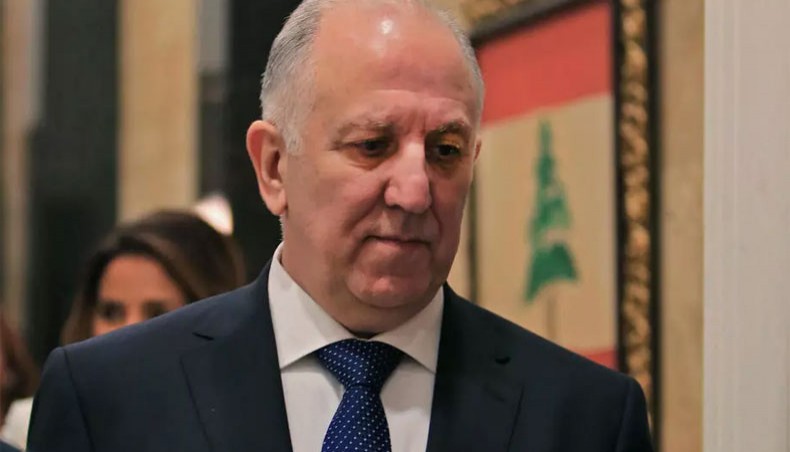 Lebanon’s outgoing interior minister Mohamed Fahmi, seen in this January 2020 picture, is being mocked for sexist remarks suggesting that women should start cooking due to a COVID-19 lockdown. — AFP file photo

Lebanese have poked fun at outgoing interior minister Mohamed Fahmi after he suggested the solution to a ban on deliveries during a COVID-19 lockdown was for women to start cooking.

Lebanon started a two-week partial lockdown on Saturday to try to stem the spread of the COVID-19 virus as cases topped 100,000 and intensive care hospital departments became overwhelmed.

When a journalist asked Fahmi what Lebanese should do on Sunday when a day-long curfew suspended popular food deliveries from restaurants and supermarkets, he quipped: ‘Let women cook a little.’

Appalled women reacted by lambasting the minister’s sexist comment on social media, and vowing they were #Not_cooking_on_Sunday.

‘I will cook happily the day they pick up and recycle garbage,’ she added, referring to oft-criticised public services.

Award-winning journalist Dalal Mawad slammed what she called a ‘sample of the level of discourse and awareness among this country’s politicians’.

Lebanese men joined in posting images of themselves dicing up vegetables or shaking pans on the stove, as they took on the #Fahmi_challenge—to be a man and cook.

‘I apologise, honourable minister, that today I cooked for my sons,’ one user, a divorced man raising his sons on his own, wrote beside a picture of him serving a meal on Facebook.

‘I apologise because their mother is a doctor like me and the head of a department in France, and I and my children are very proud of her.’

Lebanon is also reeling from a devastating blast at Beirut’s port in August that killed more than 200 people, and a raging economic crisis that sparked mass protests last autumn against entrenched politicians viewed as incompetent and out of touch.

‘Gender equality Mr Fahmi, have you ever heard about it? Or too busy ruining our country with your bunch of friends?,’ wrote another Lebanese man on Facebook in English.

Another one made a video to the tune of the ‘Mission: Impossible’ soundtrack, encouraging others to follow suit, and finishing with the revelation: ‘Men... also do the washing up.’