Japan to work for early Rohingya repatriation from Bangladesh 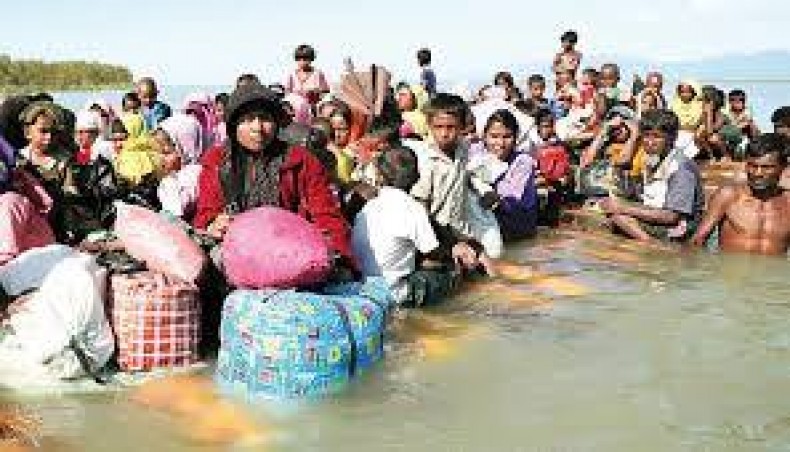 A file photo of Rohingya refugees

Japanese ambassador in Dhaka Ito Naoki said that his country would get in touch with Myanmar to ensure early repatriation of Rohingyas to their place of origin in Rakhine State.

‘Japan will work towards the early repatriation, communicating with Myanmar to this end,’ the ambassador was quoted as saying in a recent programme in Dhaka.

The ambassador also mentioned that it is important to cooperate with international community such as the US, European and ASEAN countries and start the confidence-building process as the next step.

Ambassador Naoki delivered an online lecture on ‘Japan and Bangladesh - 50 Year of Friendship’ for the military officers studying at Defence Services Command and Staff College.

Foreign minister AK Abdul Momen recently said that Rohingyas would ‘jeopardise regional and international security’ if the 1.1 million Rohingya people are left unattended and not given the opportunity to return to their homeland.

Repatriation attempts failed twice in November 2018 and August 2019 amid Rohingyas’ ‘lack of trust’ on the Myanmar government.

The Japanese ambassador emphasised how committed Japan has been to realising prosperity of Bangladesh and maintaining peace and stability in the Indo-Pacific region.

More than 200 students of the DSCSC Masters’ programme interactively discussed the relationships between Japan and Bangladesh.

The ambassador emphasised the expanding economic ties between the two countries, quality infrastructure projects under BIG-B, and the common vision of Free and Open Indo-Pacific.

He also asked the officers for increasing interactions between the peoples by taking the opportunity of the Tokyo Olympics in 2021 and the 50th anniversary of the diplomatic relations in 2022.

During the Q&A session, he covered the cooperation between the Japan Maritime Self Defense Force and the Bangladesh Navy.

Free and Open Indo-Pacific is a vision to promote peace and prosperity of the countries in the Indo-Pacific region, said the Japanese embassy in Dhaka on Sunday.

The core pillars of FOIP are to establish a rules-based international order and consolidate principles such as free trade, freedom of navigation, and the rule of law, to pursue economic prosperity through quality infrastructure and connectivity, and promote cooperation on peace and stability including anti-terrorism, humanitarian assistance and disaster management.

Together with like-minded countries that share the vision, Japan is vigorously leading efforts to this end, the embassy said.

In 2014, Japan and Bangladesh agreed to launch the initiative of ‘the Bay of Bengal Industrial Growth Belt’.

The BIG-B initiative is to develop infrastructure, improve investment environment and foster connectivity along the Dhaka-Chittagong-Cox’s Bazar belt area and beyond.