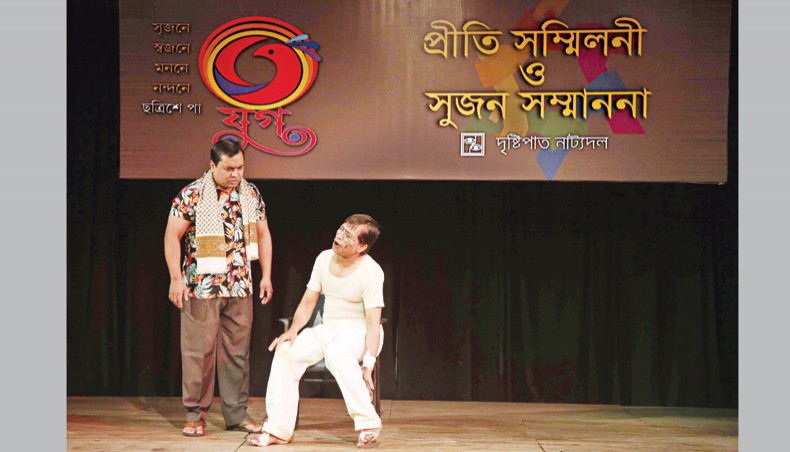 The founder and leader of Dristipat Natyadal Abdul Halim Aziz presided over the programme and delivered welcome speech.

‘I founded the troupe in 1984 along with a few of my friends at Nakhalpara in the capital with an aim to promote theatre among the younger generations. Though the troupe has had many ups and downs, it has been contributing steadily to the country’s theatre arena by producing plays. I thank all who have supported us during this journey,’ said Abdul Halim Aziz.

‘Cultural activities can play an important role in building a peaceful society. Theatre can expose anomalies and inspire social changes. There are many theatre troupes in our country but only a small handful of troupes have successfully crossed three-decade mark. I congratulate Dristipat Natyadal for stepping into 36,’ said Liakat Ali Lucky.

Tapan Hafiz said, ‘Dristipat Natyadal is like a family to me. I have always enjoyed a warm relationship with the troupe. I wish the troupe success in its future endeavours.’