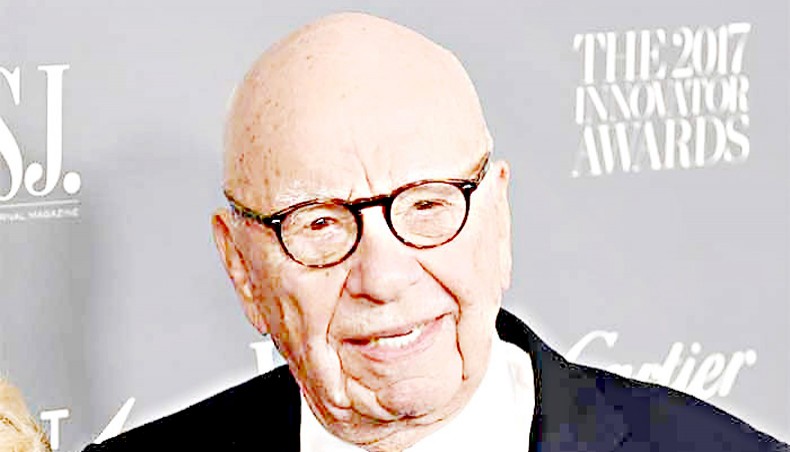 AUSTRALIA has given the world two influential and disruptive exports in the field of media. One, currently in London’s Belmarsh Prison, is facing the prospect of extradition to the United States for charges that could see him serve a 175 year sentence in a brutal, soul destroying supermax. The other, so the argument goes, should also be facing the prospect of incarceration for what he has done to politics in numerous countries. But media mogul Rupert Murdoch, the gruesome presence behind Fox News and News Corp, is unlikely to spend time in a cell any time soon. The same cannot be said for Julian Assange of WikiLeaks.

Ingratiatingly, politicians have made the journey of pilgrimage to the not-so-holy Murdoch to keep in his good books. Disgracefully, though motivated by perceived necessity, British Labour’s Tony Blair wooed Murdoch prior to the 1997 UK general election he was to win. The victory for New Labour led to an association between Blair and Murdoch that was, according to former Sunday Times editor Andrew Neil, ‘almost incestuous’.

Blair’s kowtowing did its magic. As former deputy editor of The Sun, Neil Wallis, recalls in the first instalment of the documentary series ‘The Rise of the Murdoch Dynasty’, he was flayed by Murdoch for initially running what he called a ‘fairly standard’ front page on the election. This was the same paper that boastfully declared on April 11, 1992, that, ‘It’s The Sun Wot Won It.’ Labour, then led by Neil Kinnock, was favoured in the polls to defeat John Major’s weary, dysfunctional Conservatives. Murdoch, and his paper, would have none of it. On election day, the paper’s headline bellowed: ‘If Kinnock wins today will the last person to leave Britain please turn out the lights.’

By 1997, attitudes had changed. Wallis recalls entering his office after editing the first edition. Murdoch called: ‘Hated your paper this morning,’ he raged. ‘Two or three minutes later my door opens, Rupert comes up and says you’re getting this wrong. You’ve got this totally wrong. We are not just backing Tony Blair but we are going to back the Labour party and everything he does in this campaign 200 per cent. You’ve got to get that right.’

The paper’s endorsement for Blair followed but came with its pound of tantalising flesh. Blair was required to write a puff piece for the paper promising a referendum should he wish Britain to embrace the Euro currency. Former UK Independence Party leader Nigel Farage, forever associated with the Brexit campaign and Murdoch worship, saw this intervention as crucial. ‘The price of Rupert Murdoch’s support for Tony Blair was that Blair promised he would not take us into the European currency without a referendum, and if Rupert Murdoch had not done that we would have joined the euro in 1999 and I doubt Brexit would have happened.’

In a 2016 study published in Social Science Research, the authors found that The Sun’s endorsement for Labour in 1997 led to a boost of support in the order of seven per cent. In 2010, the same paper’s return to backing the Conservatives increased support by 15 per cent. Even if these figures were to be scaled back significantly, they would still suggest a degree of staggering influence.

It is precisely such power that has become something of an obsession for former Australian prime minister, Kevin Rudd. Rudd has never resiled from the view that Murdoch was directly responsible for his demise. True, his own knife-wielding colleagues in the Australian Labour Party, addled by negative poll ratings, were happy to do the deed, but it was Murdoch who sang the tune of encouragement. At the launch of his second volume of autobiography in 2018, Rudd claimed that Murdoch ‘is ideologically, deeply conservative, deeply protective of his corporation’s commercial interests and, therefore, prosecutes a direct agenda through his newspapers which I’ve been on the receiving end of.’

Another former Australian prime minister, Malcolm Turnbull, albeit from the conservative side of politics, is also convinced, having become something of a crusader against Murdoch and his foot soldiers. On the ABC’s Insidersprogramme, he warned of the costs accruing to Australia in permitting the dominance of Murdoch’s press imperium. ‘We have to work out what price we’re paying, as a society, for the hyper-partisanship of the media.’ He cast his eye to the United States ‘and the terribly divided state of affairs that they’re in, exacerbated, as Kevin [Rudd] was saying, by Fox News and other right-wing media.’

This had led to an alliance of sorts between the two men on this point, despite Turnbull’s previous description of Rudd as one of those ‘miserable ghosts’ that haunt politics after the fact. A wiser Turnbull understands Rudd that much better after his own party initiated a palace coup, leading to the ascent of Australia’s current prime minister, Scott Morrison.

While an online petition against the dominance of the Murdoch press imperium seems like peashooter stuff, Rudd’s initiative has gathered momentum. His petition, now tabled in Australia’s Parliament, specifically calls for a royal commission ‘to ensure the strength and diversity of Australian news media.’ Having received 501,876 signatures, it notes concern ‘that Australia’s print media is overwhelmingly controlled by News Corporation, founded by Fox News billionaire Rupert Murdoch, with around two-thirds of daily newspaper readership.’ Australians holding views contrary to the Murdoch line ‘have felt intimidated into silence.’ Adding to this such matters as the ‘mass-sackings of news journalists,’ the stripping influence of digital platforms on media diversity, News Corp’s closure of 200 smaller newspapers after their acquisition and ‘relentless attacks on the ABC’s independence and funding’, the picture is bleak.

The petition’s tabling caused a flutter of interest in Parliament. While Murdoch is unlikely to break out into sweat at efforts made by Australia’s politicians to investigate his reach of influence, any inquiry will be irritating. Greens senator Sarah Hanson-Young is certainly hoping to cause a stir, having pushed members of the Senate to establish an inquiry into media diversity in response to Rudd’s petition. ‘Australians have become increasingly concerned about the concentration of media ownership and the power and political influence of Murdoch.’ The senator is also keen to see the two former prime ministers ‘speak frankly and have the protection of parliamentary privilege, which is important when you’re talking about issues of power and influence’.

Murdoch’s hirelings are ready. Unfortunately for Hanson-Young, the News Corp imperium is skilled in camouflaging inertia against change with promises of activity. The inquiry’s terms of reference are also shallow, omitting any reference to News Corp Australia while calling for an examination of the ‘state of media diversity, independence and reliability in Australia and the impact that this has on public interest journalism and democracy.’

News Corp Australia’s executive chairman, Michael Miller, was cool in his statement, noting that the company had participated in at least nine previous media inquiries. ‘As always, we will continue to constructively engage in these important conversations.’ Murdoch will be hoping that the conservative Morrison government, and a good number of Labour opposition figures, will not go wobbly in preventing change. History may well prove him right. Again.