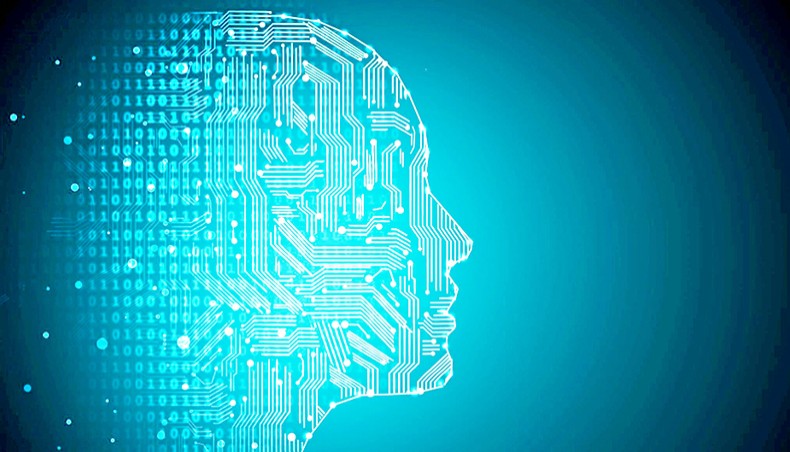 THE World Economic Forum’s annual meeting at the end of January in Davos, Switzerland, brings together international business and political leaders, economists and other high-profile individuals to discuss global issues. Driven by the vision of its influential chief executive officer Klaus Schwab, the WEF is the main driving force for the dystopian ‘Great Reset’, a tectonic shift that intends to change how we live, work and interact with each other.

Using COVID-19 lockdowns and restrictions to push through this transformation, the great reset is being rolled out under the guise of a ‘Fourth Industrial Revolution’ in which older enterprises are to be driven to bankruptcy or absorbed into monopolies, effectively shutting down huge sections of the pre-COVID economy. Economies are being ‘restructured’ and many jobs will be carried out by AI-driven machines.

In a short video showcased on social media, the WEF predicts that by 2030, ‘You’ll own nothing and you’ll be happy.’ A happy smiling face is depicted while a drone delivers a product to a household, no doubt ordered online and packaged by a robot in a giant Amazon warehouse: ‘no humans were involved in manufacturing, packaging or delivering this product’; rest assured, it is virus- and bacteria-free — because even in 2030, they will need to keep the fear narrative alive and well to maintain full-spectrum dominance over the population.

The jobless (and there will be many) could be placed on some kind of universal basic income and have their debts (indebtedness and bankruptcy on a massive scale is the deliberate result of lockdowns and restrictions) written off in return for handing their assets to the state or more precisely the financial institutions helping to drive this great reset. The WEF says the public will ‘rent’ everything they require: stripping the right of ownership under the guise of ‘sustainable consumption’ and ‘saving the planet’. Of course, the tiny elite who rolled out this great reset will own everything.

Hundreds of millions around the world deemed ‘surplus to requirements’ are to be robbed (are currently being robbed) of their livelihoods. Our every movement and every purchase are to be monitored and our main dealings will be online.

The plan for individual citizens could reflect the strategy to be applied to nation states. For instance, World Bank Group president David Malpass has stated that poorer countries will be ‘helped’ to get back on their feet after the various lockdowns that have been implemented. This ‘help’ will be on condition that neoliberal reforms and the undermining of public services are implemented and become further embedded.

On April 20, the Wall Street Journal ran the headline ‘IMF, World Bank Face Deluge of Aid Requests From Developing World’. Scores of countries are asking for bailouts and loans from financial institutions with $1.2 trillion to lend. An ideal recipe for fuelling dependency.

In return for debt relief or ‘support’, global conglomerates along with the likes of Bill Gates will be able to further dictate national policies and hollow out the remnants of nation state sovereignty.

WHAT will happen to our social and personal identity? Is that to be eradicated in the quest to commodify and standardise human behaviour and everything we do?

The billionaire class who are pushing this agenda think they can own nature and all humans and can control both, whether through geo-engineering the atmosphere, for example, genetically modifying soil microbes or doing a better job than nature by producing bio-synthesised fake food in a lab.

They think they can bring history to a close and reinvent the wheel by reshaping what it means to be human. And they think they can achieve this by 2030. It is a cold dystopian vision that wants to eradicate thousands of years of culture, tradition and practices virtually overnight.

And many of those cultures, traditions and practices relate to food and how we produce it and our deep-rooted connections to nature. Consider that many of the ancient rituals and celebrations of our forebears were built around stories and myths that helped them come to terms with some of the most basic issues of existence, from death to rebirth and fertility. These culturally embedded beliefs and practices served to sanctify their practical relationship with nature and its role in sustaining human life.

As agriculture became key to human survival, the planting and harvesting of crops and other seasonal activities associated with food production were central to these customs. Freyfaxi marks the beginning of the harvest in Norse paganism, for example, while Lammas or Lughnasadh is the celebration of the first harvest/grain harvest in Paganism.

Humans celebrated nature and the life it gave birth to. Ancient beliefs and rituals were imbued with hope and renewal and people had a necessary and immediate relationship with the sun, seeds, animals, wind, fire, soil and rain and the changing seasons that nourished and brought life. Our cultural and social relationships with agrarian production and associated deities had a sound practical base.

Professor Robert W Nicholls explains that the cults of Woden and Thor were superimposed on far older and better-rooted beliefs related to the sun and the earth, the crops and the animals and the rotation of the seasons between the light and warmth of summer and the cold and dark of winter.

We need look no further than India to appreciate the important relationship between culture, agriculture and ecology, not least the vital importance of the monsoon and seasonal planting and harvesting. Rural-based beliefs and rituals steeped in nature persist, even among urban Indians. These are bound to traditional knowledge systems where livelihoods, the seasons, food, cooking, processing, seed exchange, health care and the passing on of knowledge are all inter-related and form the essence of cultural diversity within India itself.

Although the industrial age resulted in a diminution of the connection between food and the natural environment as people moved to cities, traditional ‘food cultures’ — the practices, attitudes and beliefs surrounding the production, distribution and consumption of food — still thrive and highlight our ongoing connection to agriculture and nature.

IF WE go back to the 1950s, it is interesting to note Union Carbide’s corporate narrative based on a series of images that depicted the company as a ‘hand of god’ coming out of the sky to ‘solve’ some of the issues facing humanity. One of the most famous images is of the hand pouring the firm’s agrochemicals on Indian soils as if traditional farming practices were somehow ‘backward’.

Despite well-publicised claims to the contrary, this chemical-driven approach did not lead to higher food production according to the paper ‘New Histories of the Green Revolution’ written by professor Glenn Stone. However, it has had long-term devastating ecological, social and economic consequences (see Vandana Shiva’s book The Violence of the Green Revolution and Bhaskar Save’s now famous and highly insightful open letter to Indian officials).

In the book Food and Cultural Studies (Bob Ashley et al), we see how, some years ago, a Coca Cola TV ad campaign sold its product to an audience which associated modernity with a sugary drink and depicted ancient Aboriginal beliefs as harmful, ignorant and outdated. Coke and not rain became the giver of life to the parched. This type of ideology forms part of a wider strategy to discredit traditional cultures and portray them as being deficient and in need of assistance from ‘god-like’ corporations.

What we are seeing in 2020, is an acceleration of such processes. In terms of food and agriculture, traditional farming in places like India will be under increasing pressure from the big-tech giants and agribusiness to open up to lab-grown food, genetically modified organisms, genetically engineered soil microbes, data harvesting tools and drones and other ‘disruptive’ technologies.

The great reset includes farmerless farms being manned by driverless machines, monitored by drones and doused with chemicals to produce commodity crops from patented genetically modified seeds for industrial ‘biomatter’ to be processed and constituted into something resembling food. What will happen to the farmers?

Post-COVID, the World Bank talks about helping countries to get back on track in return for structural reforms. Are tens of millions of smallholder farmers to be enticed from their land in return for individual debt relief and universal basic income? The displacement of these farmers and the subsequent destruction of rural communities and their cultures was something the Gates Foundation once called for and cynically termed ‘land mobility’.

Cut through the euphemisms and it is clear that Bill Gates — and other incredibly rich individuals behind the great reset — is an old-fashioned colonialist who supports the time-honoured dispossessive strategies of imperialism, whether this involves mining, appropriating and commodifying farmer knowledge, accelerating the transfer of research and seeds to corporations or facilitating intellectual property piracy and seed monopolies created through IP laws and seed regulations.

In places like India — still an agrarian-based society — will the land of these already (prior to COVID-19) heavily indebted farmers then be handed over to the tech giants, the financial institutions and global agribusiness to churn out their high-tech, data-driven genetically modified industrial sludge? Is this part of the ‘own nothing, be happy’ bland brave new world being promoted by the WEF?

With the link completely severed between food production, nature and culturally embedded beliefs that give meaning and expression to life, we will be left with the individual human who exists on lab-based food, who is reliant on income from the state and who is stripped of satisfying productive endeavour and genuine self-fulfilment.

Technocratic meddling has already destroyed or undermined cultural diversity, meaningful social connections and agrarian ecosystems that draw on centuries of traditional knowledge and are increasingly recognised as valid approaches to secure food security (for example, see ‘Food Security and Traditional Knowledge in India’ in the Journal of South Asian Studies). The massive technocratic transformation currently envisaged regards humans as commodities to be controlled and monitored just like the lifeless technological drones and artificial intelligence being promoted.

But do not worry — you will be property-less and happy in your open prison of mass unemployment, state dependency, track and chip health passports, cashlessness, mass vaccination and dehumanisation.

DissidentVoice.org, November 9. Colin Todhunter was named in August 2018 by Transcend Media Services as one of 400 Living Peace and Justice Leaders and Models in recognition of his journalism.