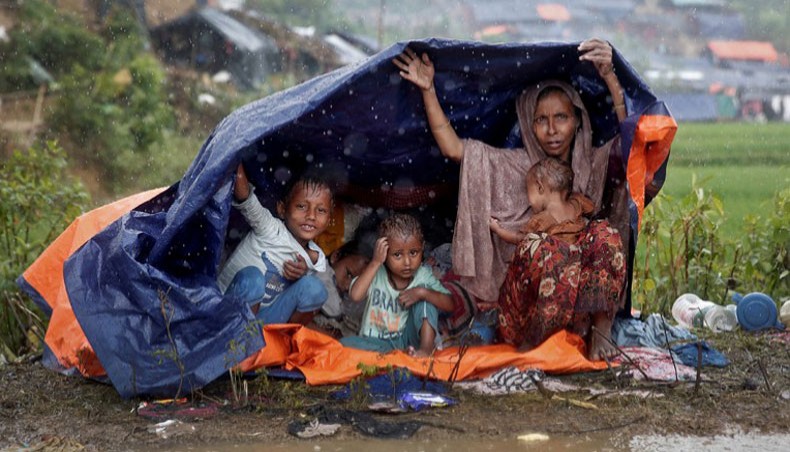 The government on Sunday expressed its hope that the new US administration under president-elect Joe Biden would engage with Bangladesh on issues of climate change, migration and forced displacement including the Rohingya crisis.

Sheikh Hasina said that she was looking forward to working closely with the new US administration to effectively confront the evils of terrorism, violent extremism, hatred and forced displacements including the Rohingya crisis.

When asked, state minister for foreign affairs M Shahriar Alam said that the new US administration would engage with other countries including Bangladesh on the issues of migration, climate change and free trade.

‘We do not expect much change in the US foreign policy with the changes in the administration of the country,’ he said, adding, ‘We expect that they would deeply engage with Bangladesh on migration, climate change and free trade issues.

The Bangladesh government would also remain engaged with the US authorities for the repatriation of former Bangladesh Army officer MA Rashed Chowdhury, a fugitive condemned convict in the killing of the country’s founding president, Sheikh Mujibur Rahman, from the US, the state minister said.

‘No killer should be given shelter in any democracy,’ he added.

The US government has reopened the case of asylum of Rashed Chowdhury in June 2020.

US attorney general William Barr reopened the case, which was closed for about 15 years, what the lawyers of Rashed was describing as a favour to Bangladesh, according to a report of the Politico, an influential political magazine in the United States.

He hoped that the Biden administration would play a strong role in establishing peace, security, democracy and human rights across the world.