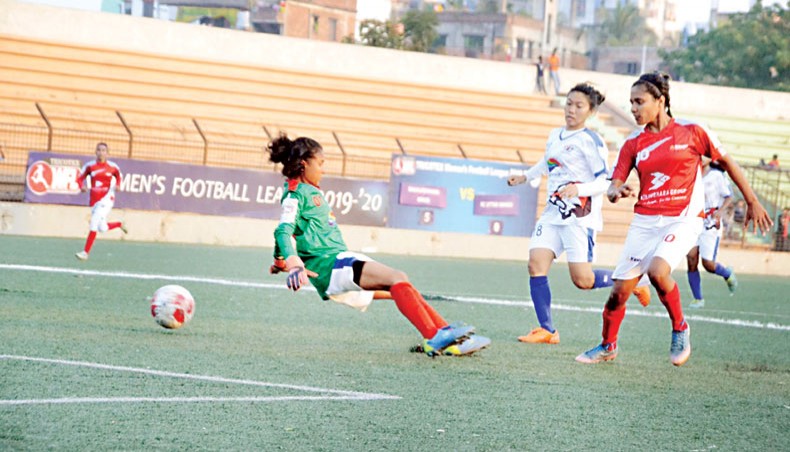 Bashundhara Kings maintained their 100 per cent winning run in the Bangladesh Women’s Football League as they crushed FC Uttar Banga by 7-0 goals in the sixth round opening match at the Bir Shrestha Shaheed Sipahi Mohammad Mostafa Kamal Stadium in Kamlapur on Saturday.

With the resumption of the women’s league, the competitive football of the country returned to the field after nearly eight months, which was postponed due to COVID-19 pandemic on March 16.

After a goalless affair in the first-half, Kings’ defender Sheuli Azim broke the deadlock converting a penalty in the 54th minute.

With the day’s result, national women’s team captain Sabina-led Kings were leading the table with maximum 18 points from six games while Uttar Banga remained on third place with their collection of seven points from five games.

The third edition of the seven-team women’s league kicked-off on February 22, after almost a six-year gap.