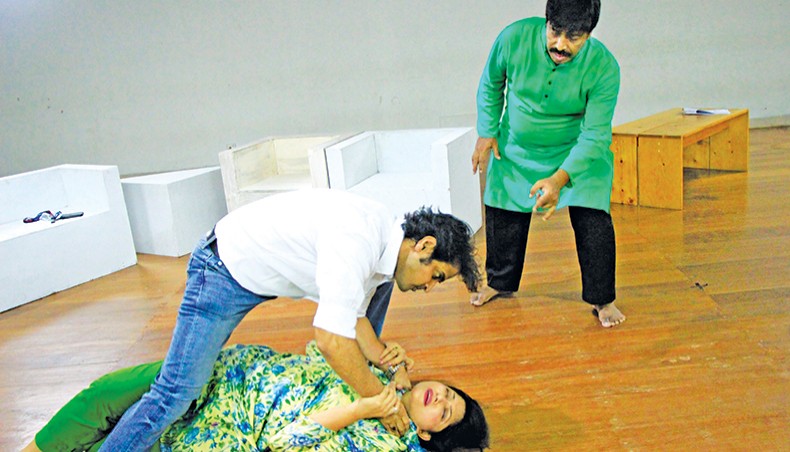 The play has been written and directed by Rezwanur Rahman. It depicts the importance of having strong family bonds.

The play revolves around a family which is living in peace and harmony but the joyous days come to an end due to a rape incident.

It is the 8th production of the theatre troupe.