Tunisia to take back citizens from France on condition 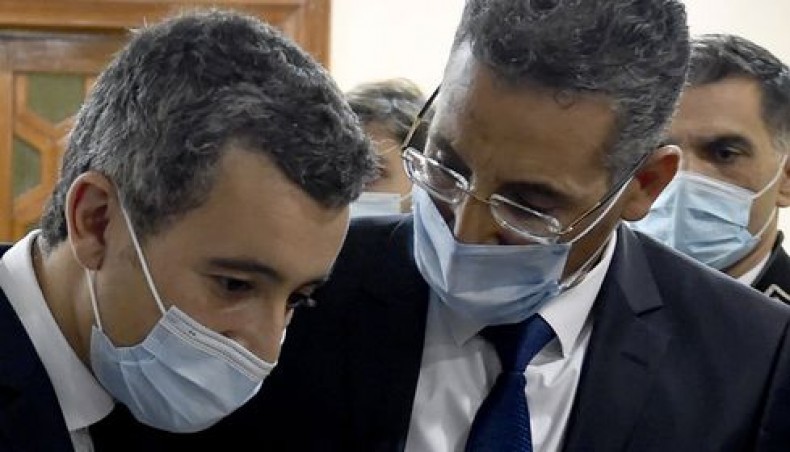 Tunisia said on Friday that it would take back from France its citizens suspected of being radical Islamists, after last week’s attack in Nice allegedly carried out by a Tunisian jihadist.

But interior minister Taoufik Charfeddine, following talks with his visiting French counterpart Gerald Darmanin, said that their return would be conditional.

The former French colony is ‘prepared to receive any Tunisian’, Charfeddine said.

‘But this must be done in line with conditions and regulations’ under international laws and in ‘preserving the dignity of the Tunisian’ being returned, Charfeddine told reporters.

Sources close to Darmanin said ahead of the talks that he would submit to authorities a list of some 20 Tunisians who France wanted to expel, on the basis that they had been convicted on terrorism charges or were suspected of jihadist inclinations.

The French interior minister was due to visit Algeria on Sunday on a similar mission.

Public opinion in Tunisia was hostile towards the return of suspected jihadists, and authorities had refused the return of their citizens from France on the basis of travel restrictions linked to the coronavirus pandemic.

Tunisian nationals had constituted a significant proportion of foreign jihadists in Syria, Iraq, and Libya over the past decade.

In 2015, the United Nations said that some 5,000 Tunisians had flocked mainly to Syria and Libya to join the Islamic State group, while authorities in Tunis gave a lower figure of 3,000.

Their return had been a cause of concern in Tunisia, which had been under a state of emergency following a string of IS-claimed attacks in 2015 and 2016.

Darmanin’s visit to Tunis was scheduled some time ago but it took on new urgency following the October 29 killing of three people at a church in the southern French city of Nice.

The alleged perpetrator of that attack, 21-year-old Brahim Aouissaoui, who arrived illegally in Europe in late September, was not the first Tunisian suspected of carrying out jihadist attack in Europe.

In 2016, 31-year-old Mohamed Lahouaiej-Bouhlel ploughed a truck into a Bastille Day crowd on the Nice seafront, killing 86 people.

IS claimed both the men as its followers.

Darmanin also met Tunisian president Kais Saied who stressed that his country would seek to find a ‘solution to obstacles that may arise’ in the face of expulsions from France.

Several non-governmental organisations released a petition charging that European governments were ‘pressuring’ Tunisia to take back its citizens.

The groups, including the Tunisian League of Human Rights, said that European countries were ‘taking advantage of the fear sparked by the crimes committed by terrorists to get rid of illegal migrants’.

Darmanin was expected to discuss illegal migration in Algeria and also in a later visit to Malta.