Three people on trial on charge of assisting Barcelona attackers 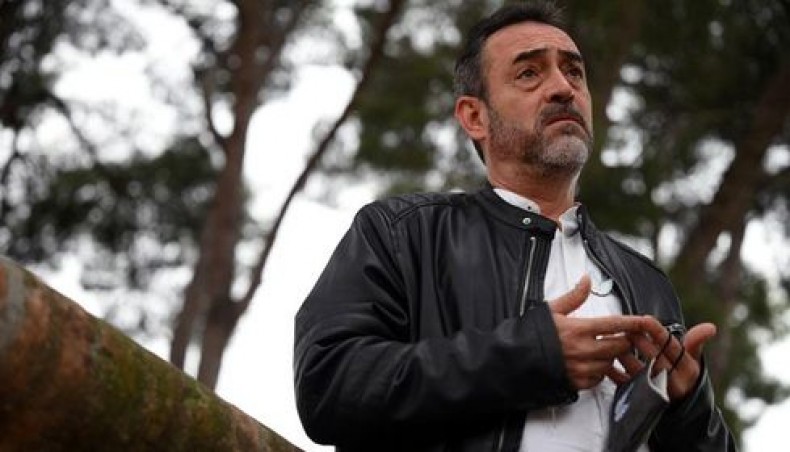 Javier Martinez, whose three-year-old son was killed in the 2017 terror attack on The Ramblas, speaks during an interview with AFP in Barcelona on November 3, 2020. — AFP photo

Three men go on trial at Spain’s top criminal court on Tuesday for helping the perpetrators of twin jihadist attacks in 2017 that killed 16 in Barcelona and a nearby seaside town.

The Islamic State group claimed responsibility for the bloodshed which left another 140 people wounded on August 17 and 18 in Barcelona and Cambrils, a resort 100 kilometres to the south.

When the trial opens at the National Court in Madrid, the trio will enter the dock facing charges of helping the attackers, one of whom rammed a van into pedestrians on Barcelona’s Las Ramblas boulevard, killing 14 people.

The driver then went on the run, killing another person, and was shot dead by police several days later.

One day after the first attack, five of the driver’s accomplices staged a second attack in Cambrils, ramming pedestrians and stabbing a woman who died of her injuries. All five were shot dead by police.

Two of the defendants were accused of belonging to the jihadist cell while the third was on trial for collaborating with the group.

Prosecutors were seeking a 41-year prison term for Mohamed Houli Chemlal, who was on trial for belonging to a jihadist group, the manufacture and possession of explosives and conspiracy to wreak havoc.

Chemlal, 23, told investigators they had been planning attacks ‘on an even greater scale’, with Barcelona’s Sagrada Familia basilica, the stadium of the Barcelona football club or the Eiffel Tower in Paris among the suspected targets.

But an accidental explosion at a house in Alcanar, a coastal town between Barcelona and Valencia where the cell had been preparing explosives, pushed them to hurriedly improvise the two attacks.

Chemlal survived the blast, but it killed Abdelbaki Es Satty, a 44-year-old imam from the northern town of Ripoll who was allegedly responsible for radicalising the youngsters.

Driss Oukabir, 31, whose brother was one of the attackers, was facing the same charges as Chemlal, with prosecutors calling for a 36-year jail sentence for renting the van used in the Barcelona attack.

Prosecutors also want an eight-year jail term for Said Ben Iazza, 27, for collaborating with a terror group and lending them his van and ID.

But prosecutors had not charged any of them with direct responsibility.

‘For us, someone who is part of the cell is just as responsible as the person who carries out the attack,’ said Robert Manrique, an adviser to UAVAT, a support group representing 72 victims at the trial.

But Luis Alvarez Collado, who was representing Oukabir, said that he would ask for an acquittal.

‘The fact that he hired a van doesn’t mean he knew it was going to be used to carry out the attack,’ he told AFP, adding that Oukabir turned himself in after the attacks.

Many questions about the attacks remained unanswered to this day.

How did the radicalisation of these young men go unnoticed? Did they have help from abroad from earlier trips to France, Belgium or Morocco? And why was Es Satty, the imam from Ripoll who was known to the security forces, not being watched?

‘We understand that there must have been mistakes made and we need to find out what those were…let’s figure out what failed so it never happens again. That’s at the heart of the trial,’ Manrique said.

Javier Martinez, whose three-year-old son was killed in the attack on Las Ramblas, agreed that there were urgent questions that need answering.

‘I will never get back the life of my son, no-one can bring him back…but the threat is still there, as we’ve seen in France and Austria,’ he said, referring to a string of recent Islamist attacks in Paris, Nice and Vienna.

‘If we don’t investigate what went wrong and what needs to be improved, people will keep on dying,’ he told AFP.