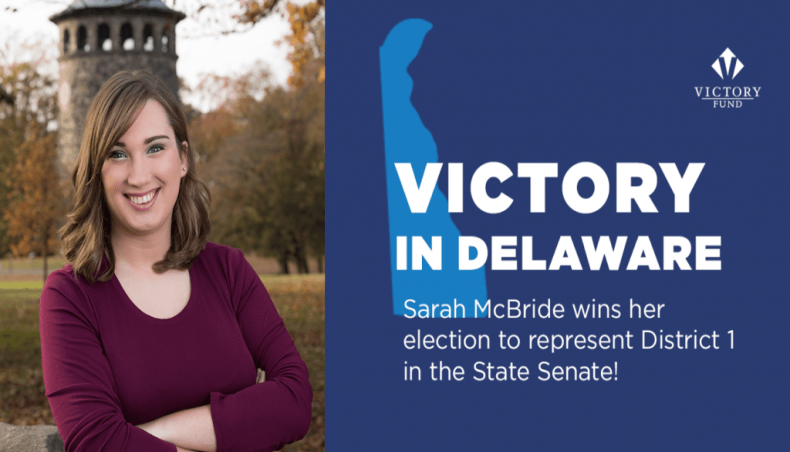 A collected photo of Sarah McBride

Democratic candidates in the US states of Delaware and Vermont made history Tuesday when they became the first openly transgender legislators in their states.

Sarah McBride, 30, became Delaware's first trans senator, taking 86 percent of the vote in the state's first Senate district. She is also the first openly trans state senator in the United States and the highest-ranking trans official in the country.

‘I hope tonight shows an LGBTQ kid that our democracy is big enough for them, too.’

Further north in Vermont, Taylor Small, 26, became the state's first transgender representative, taking 43 percent and 41 percent of the vote in her two districts.

‘5th trans legislator in the nation!’ she tweeted.

Their wins come just a few years after Democrat Danica Roem became the first openly trans lawmaker in the US. Roem was elected to Virginia's state assembly in 2017.

In 2018, Vermont Democrat Christine Hallquist became the first openly transgender person nominated for governor by a major party in the United States.

The Victory Fund, a political action committee focused on increasing the number of openly LGBTQ elected officials in the US, congratulated Small on Twitter, writing, ‘History made!’

The group also congratulated McBride: in a statement posted online, Fund chief Annise Parker called McBride's victory ‘a powerful reminder that voters are increasingly rejecting the politics of bigotry in favor of candidates who stand for fairness and equality.’

According to the Victory Fund, there are currently four openly trans people serving in state legislatures.