Pennsylvania, US state at the heart of election suspense 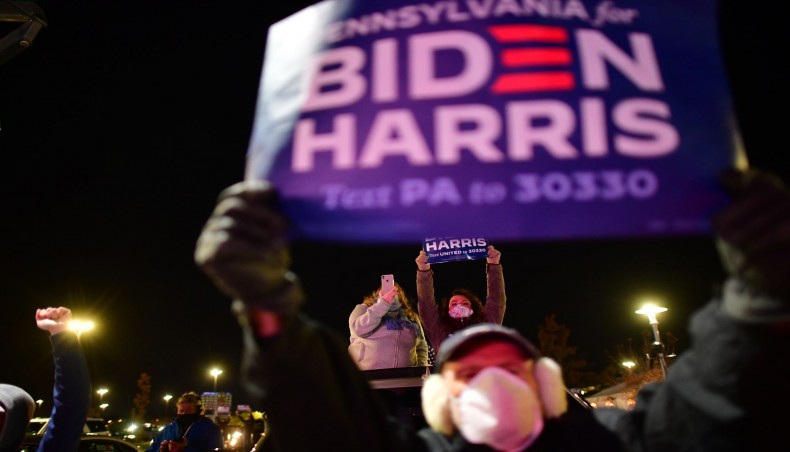 Before 2016, Democrats had long considered Pennsylvania to be in the bag on election day — until Donald Trump nabbed the northeastern state that year by a narrow 44,000 votes, putting him less than a point ahead.

This year it’s been ground zero for both candidates who’ve rallied extensively in the state seen as clutch to victory on November 3.

‘Pennsylvania is critical in this election,’ said Democrat Joe Biden in Philadelphia on Sunday.

Trump spoke of the state in more absolute terms: ‘If we win Pennsylvania, it’s over.’

Here’s a run-down of key issues in the pivotal state at the heart of 2020’s electoral suspense.

Pennsylvania’s two major cities — Philadelphia and Pittsburgh — are home to about a quarter of the state’s 13 million residents.

But mid-sized cities in between are less predictable, especially in the Allentown area and the region that includes Wilkes-Barre and Scranton, where Biden was born.

The Democratic White House hopeful will make an 11th-hour pitch to Pennsylvania voters on election day itself, holding events in Scranton and Philadelphia.

Both campaigns have emphasised that every ballot counts, hoping to rake in votes in their respective strongholds and narrow the gap where they’re less popular.

According to Trump and the Republicans, Biden will lose Pennsylvania because of his position on fracking, a technique of gas and oil extraction from deep underground rock using an injection of water and chemicals.

The process has come under major criticism for its adverse environmental impact, as it has simultaneously made Pennsylvania one of the country’s top oil and gas producers.

Precisely how many jobs fracking supportsis contested — the industry cites analyses placing the statewide figure at half a million when including ‘induced’ jobs, though official estimates say it’s just 26,000.

Biden favors prohibiting new fracking on federal lands and transitioning the country to renewables —which the Republicans have framed as disastrous to the economy — but the Democrat has said he would not eliminate fracking entirely.

The two candidates are also poles apart when it comes to the pandemic, which has resulted in at least 9,000 deaths in Pennsylvania.

Democrats abiding by public health recommendations have mostly abstained from door-to-door canvassing to reduce the risk of spread.

But according to The New York Times, in the campaign’s final push volunteers knocked on some 350,000 doors on Saturday, also working to reach millions of voters via phone and text banking.

Across the nation, early voting in person or by mail has reached an unprecedented scale due to coronavirus fears and concerns over tensions on election day.

In Pennsylvania it’s no different: according to the US elections project, which lists early polling data for each state, more than 2.4 million eligible voters — out of a potential 9 million registrants — have cast ballots early, more than 10 times the number in 2016.

But Pennsylvania is among the swing states where votes cannot be counted before Tuesday. At least five counties have announced they won’t begin until Wednesday.

Kathy Boockvar, Pennsylvania’s secretary of state, estimated Sunday the ballots will be counted ‘within a matter of days.’

And the mayor of Philadelphia — a city rocked by street protests last week after police shot dead a Black man — appealed for ‘patience’ and ‘calm’ on the eve of Tuesday’s presidential vote.

Trump has trotted out the delay as a potential source of fraud, floating the possibility of judicial battles after the vote.

The US Supreme Court — stacked with appointees by Republicans — last week said ballots postmarked by November 3 could be counted if received by November 6.

But three of its judges did not rule out the notion of reconsidering the question after the election.

The most recent polls in Pennsylvania lean Biden, but the gap has narrowed in recent weeks.

According to a poll published Monday by Monmouth University, Biden is ahead by five points, a lead within the margin of error — meaning election eve still has nail-biters on edge.