MFS interoperability launch held up due to tech glitch 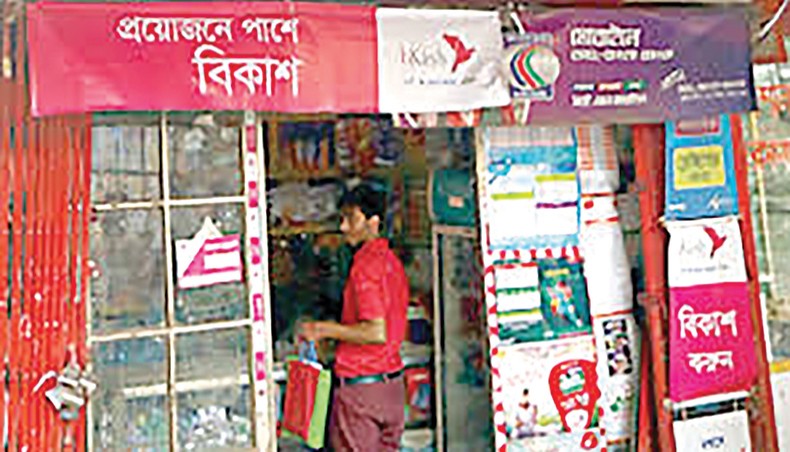 A file photo shows a man standing inside a mobile recharge shop in the capital. The Bangladesh Bank has deferred the launch of the interoperability service specially designed to bring more convenience for customers of the mobile financial service providers. — New Age photo

The Bangladesh Bank has deferred the launch of the interoperability service specially designed to bring more convenience for customers of the mobile financial service providers.

On October 22, the central bank said that the service would be launched on Tuesday but failed to open the service due to a technical glitch in its National Payment Switch Bangladesh system.

He said that a fresh date in this regard would be announced soon once all the problems were solved.

Bkash head of corporate communications and public relations Shamsuddin Haider Dalim said that there was no problem at their end to launch the service.

Four MFS providers — Bkash, Mcash, Ucash and Islamic Wallet — are set to launch the service while others are supposed to introduce the service by March 31 next year.

So far, 15 bank-backed entities are licensed by the central bank to operate MFS.

Under the facility, the customers of the four MFS operators would be able to execute transactions with five banks, including Pubali Bank, Al-Arafah Islami Bank, Islami Bank and UCB.

In case of MFS-to-MFS fund transfer, the receiving MFS operator of the fund will have to pay charge at the rate of 0.80 per cent or Tk 8 per thousand to the sender MFS operator, the BB circular issued on October 22 said.

In both ways — for sending to bank account or in receiving from banks — the MFS operators will have to pay charge at the rate of 0.45 per cent or Tk 4.5 per thousand to the banks.

The rapid growth in mobile phone has laid out the foundation for the MFS and the outbreak of coronavirus gave a boost to the country’s MFS service. The growing use of mobile phone has been enabling the financial inclusion by using the device as well.

Now, the country has more than 4 crore active MFS subscribers while the number of registered MFS customers is almost 10 crore.