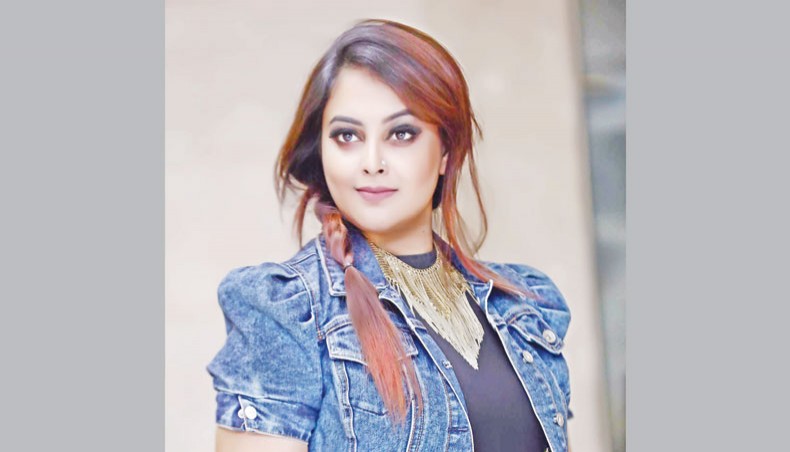 Singer Somnur Monir Konal has lent her voice to the title track of upcoming film Gangchil after a 40-day hiatus.

Besides Konal, singers Protik Hasan and Akash Mahmud have lent their voices to the song, which was recorded on recently at Shouquat Ali Imon’s studio in New Eskaton, Dhaka.

‘After my father passed away, I decided to take a 40-day break from work. When I requested filmmakers for time off, they agreed right away. I am grateful to them for granting my request,’ Somnur Monir Konal told New Age.

Gangchil, directed by Noim Imtiaz Neyamul, is based on a novel penned by the road, transport and bridges minister Obaidul Quader. Ferdous, Purnima and Indian actress Rituparna Sengupta have played lead role in the film.

The titled track for the film has been penned by Priyo Chattopadhyay. Shouquat Ali Imon has composed and tuned the song.

Konal is looking forward to lending her voice to songs for three more films.

‘I returned to my village after recording the song for Gangchil. I will return to Dhaka soon and lend my voice to playback songs for three more films,’ mentioned Konal.

‘I will continue to work as I gradually recover from mourning my father’s death. I hope the music lovers will listen to my songs and give me valuable feedback,’ added Konal.