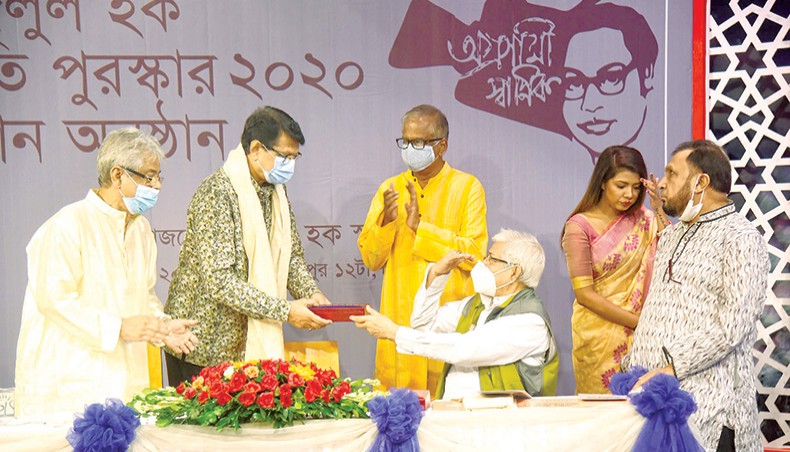 Each awardee received Tk 25,000, a crest and certificate.

‘I have received many awards in my lifetime but this award is special to me as it is named after Fazlul Haque. I want to thank Channel-i for honouring me. I want to act and make films as long as I am alive,’ said Alamgir.

Fazlul Haque was the editor of the first cine magazine of the country named Cinema. He also directed a film for children named President, where his son managing director of Channel-i Faridur Reza Sagar acted as a child artiste.

Fazlul Haque’s widow noted writer Rabeya Khatun introduced Fazlul Haque Memorial Award in 2004. Since then Fazlul Haque Smrity Committee has been presenting the award every year to a film director and a cine journalist.

The awards ceremony also featured a documentary on Fazlul Haque.