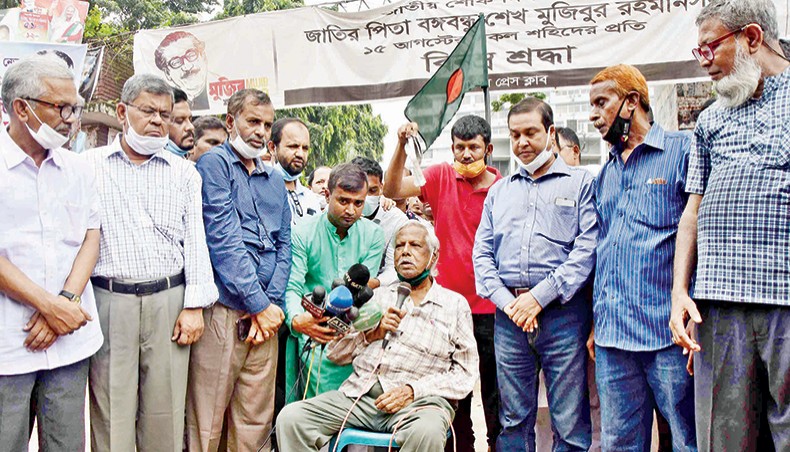 While speaking at a human chain in Dhaka, Zafrullah, a freedom fighter, alleged that the government was repressing journalists using the Digital Security Act in a bid to hold them back from disclosing the truth.

Bangladesh Mafossol Sangbadik Association formed the human chain in front of the National Press Club demanding release of journalist leader Ruhul Amin Gazi, who was arrested by the police recently.

He called on the government to withdraw all the cases filed against journalists and demanded immediate release of those who were arrested under the DCA.

Presided over by the chairman of the association, Shakhawat Hossain, journalist leaders Shaukat Mahmood, Kader Goni Chowdhury, Shahidul Islam and Jahangir Alam Mintu, among others, spoke at the programme.