Stokes ton keeps Royals in hunt for play-offs, Chennai out 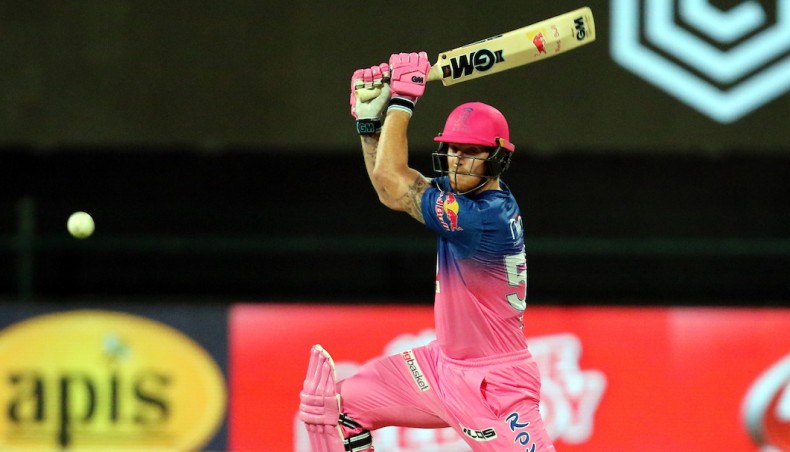 England's Ben Stokes smashed an unbeaten 107 to keep Rajasthan Royals in the chase for the Indian Premier League play-offs after their eight-wicket win over holders Mumbai Indians on Sunday.

The win for Steve Smith's Royals knocked the Mahendra Singh Dhoni-led Chennai Super Kings out of the final-four race despite their win over Royal Challengers Bangalore in the first match of the day.

Stokes combined with Sanju Samson, who made 54 not out, to put on 152 runs for the third wicket as Royals achieved their target of 196 in 18.2 overs in Abu Dhabi.

The left-handed batsman came into his own, hitting 14 fours and three sixes in his 60-ball knock to help Royals rise to sixth in the eight-team table with five wins from 12 games.

Stokes, who joined his team late this season after spending time with his ill father in New Zealand, hit a six to bring up his second IPL ton and surpassed his previous best score of 103 -- in 2017 -- with the winning boundary.

‘It's sort of bittersweet to be honest. Bit taken aback by why it's taken me so long to get into the tournament for the team,’ said Stokes.

‘To be honest the training I've had yesterday was the best I had throughout my time here, so I came into this with a bit of confidence. It was coming on nicely.’

The New Zealand-born Stokes, whose father is battling cancer, said: ‘Things are a bit difficult right now, but hope this has given a bit of happiness back home.’

The powerful batting show from the star allrounder, who had scored 110 from five games before this knock, put Hardik Pandya's 21-ball 60 in the shade after Mumbai finished on 195 for five.

Mumbai though still stay top of the table, locked on 14 points with Delhi Capitals and RCB in the fight for a place in the top two. The qualifiers begin on November 5.

The top two will clash in the first qualifier in Dubai, while the third and fourth-placed teams meet in the eliminator on November 6 in Abu Dhabi.

The winner of the eliminator will then play the loser of the first qualifier on November 8, with the final slated for two days later in Dubai.

The 23-year-old Gaikwad smashed an unbeaten 65 to lead Chennai's chase of 146 in 18.4 overs and give the bottom-placed team only their fourth victory this season.

‘I felt this one was one of the perfect games. Everything went to plan, and the execution was there,’ said Dhoni.

‘You have to enjoy the game no matter where you are on the table. If you are not enjoying the cricket, it can become cruel and painful. So I am glad with how the youngsters have responded.’

Gaikwad, who hit three sixes in his 51-ball knock, put on a key 67-run second-wicket stand with Ambati Rayudu, who scored 39, as Chennai bounced back after three straight losses.

Earlier, Chennai restricted Bangalore to 145 for six despite an attacking 82-run third-wicket stand between Kohli, who made 50, and AB de Villiers.