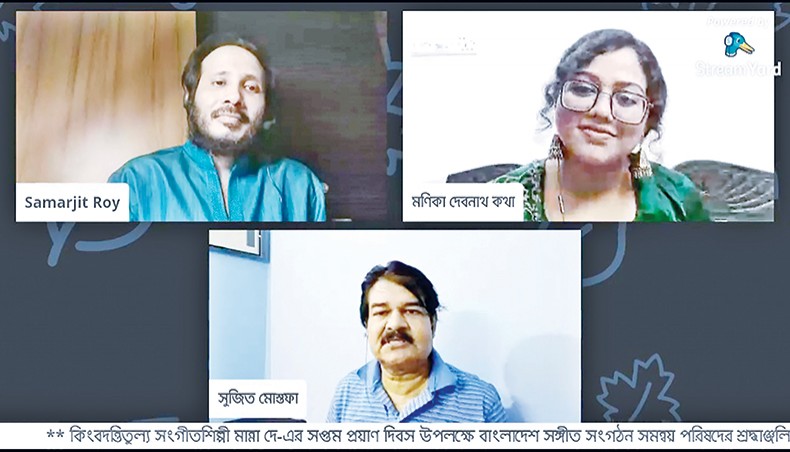 The programme featured songs of Manna Dey and a discussion on his life and work. It was streamed live on the Facebook page of BSSSP at 7:30 pm.

Singers Samarjit Roy and Monika Debnath Kotha rendered songs at the programme, which was hosted by Sujit Mustafa.

Manna Day was born on May 1, 1919 in Kolkata in a Bengali family to Mahamaya and Purna Chandra Dey.

Manna Dey started his career as a singer in 1942. He started working with his uncle as an assistant music director and then worked as a music director of Hindi playback songs.

During his long career, Manna Dey has recorded more than 4,000 songs. He received several awards, including Padma Shri, Padma Bhushan, Padma Vibhusan and others.

He died of cardiac arrest on October 24, 2013 aged 94 at Narayana Hrudayalaya hospitals in Bengaluru.