Zooming in on impact of partition on Bangla Literature 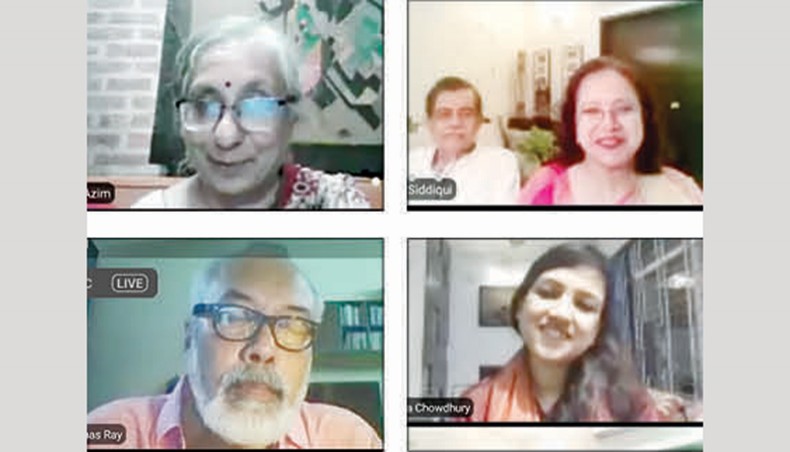 Guests participate in an online programme organised by Ashraf Siddiqui Foundation under the title ‘Presence and absence of Partition of 1947 in Bangla Literature’ on Saturday.

A Zoom meeting on the theme of the division of British India under the rubric ‘Presence and absence of Partition of 1947 in Bangla Literature’ was held on Saturday at 7:00pm.

Ahmed Kamal said, ‘For those who moved from East Bengal to West Bengal, India after 1947, the experience of partition was a dreadful one as too many people settled in West Bengal. Additionally, seen in the light of ongoing riots, there are social-political implications of partition. If partition did not happen, we would not have Bangladesh. We would have been part of India.’

‘In West Bengal, no thought-provoking literature appeared centring on partition. The issue of partition has come up mainly in the writings of Sunil and Shirshendu,’ added Manas Ray.

Firdous Azim said, ‘I saw the situation in Burma when I was young in 1962. The Rohingya crisis can add a new dimension to the literature of Bangladesh. We should look through the lens of our literature to map what is happening today with the Rohingya.’