The scourge of herd immunity 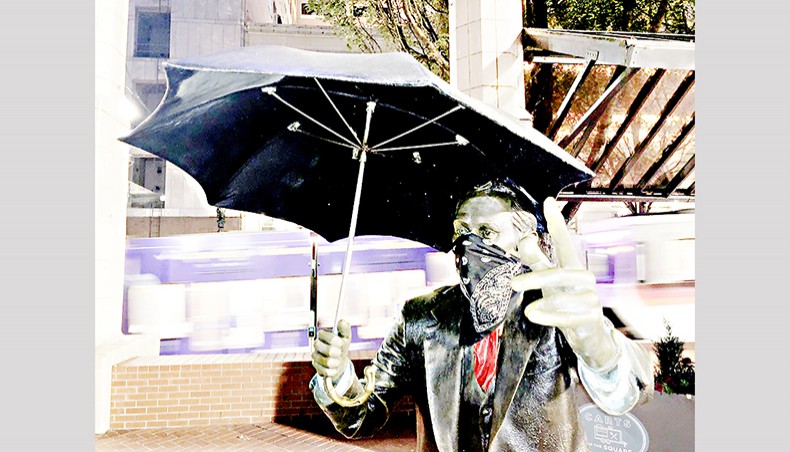 COVID-19 kills, and its kill rate is significantly higher than that of the flu. Some who recover develop insufficient immunity to prevent getting infected again. Some don’t appear to recover. They are stuck with debilities that last months, maybe longer. And it’s possible that this disease is chronic and lingers in some people, like herpes, a virus that can reactivate — that possibility is unknown. All of these aspects of COVID bode poorly for a vaccine. But they are utterly fatal to the notion of herd immunity achieved not through vaccination, as responsible doctors would do, but through letting a population contract the disease.

This novel approach to herd immunity is a pipe dream currently entertained by fanatics in the white house — regarding which, William Haseltine of ACCESS Health International recently said, ‘herd immunity is another word for mass murder.’ If COVID spreads widely, which this type of herd immunity advocates, ‘we’re looking at two to six million American dead not just this year, but every year,’ Haseltine added. This is the policy of the Trump regime: millions of dead Americans.

Dr Scott Atlas is Trump’s herd immunity guy. He’s not an epidemiologist, he’s a neuroradiologist and so knows little about infectious disease. He’s also an ideologue from the radical right-wing Hoover Institution. Apparently, he has had a most malign effect on Trump’s thinking. Trump may have decided not to protect himself from COVID because he agrees with Atlas that everyone will get COVID, so why fight it? Trump calls exposing himself to the plague leadership, but other forms of leadership are on display in places like China, Vietnam, New Zealand, South Korea and Taiwan. There the leaders focused on one thing: killing the virus. And they have, by and large, succeeded, saving hundreds of thousands of their citizens’ lives. Meanwhile Americans die from COVID by the thousands, over 221,000 so far.

Sweden famously opted for herd immunity. Death statistics for Scandinavian countries are instructive here. As of October 6, Denmark had 663 COVID deaths, Finland 346, Norway 275 and Sweden 5892, according to Statista. Sweden also had by far the most COVID cases, 96,677. Sweden didn’t lock down as other Scandinavian countries did, nor did it impose a mask mandate. It relied on people to use their judgement. While this succeeded in crashing the economy, as cautious citizens stayed home, it still resulted in many more dead than neighbouring countries, which systematically locked down and mandated masks.

In early June, Turkey chose herd immunity. According to the World Socialist Website, cases and deaths are on the rise. The government, however, has continued promoting keeping people at work and in school. According to one medical association official, ‘as of last month, a total of 900 healthcare workers had resigned from their jobs during the pandemic.’ President Recep Erdogan’s determination to avoid lockdowns is not popular, but he is a strongman, reportedly admired by Trump, and he has decided to let the virus tear through the Turkish population.

Another place where COVID rages out of control is Moscow. Restaurants and bars have been open and there’s been little social distancing. One could say Russia has experimented with de facto herd immunity. However, conservative president Vladimir Putin has never advocated it. On the contrary, according to Tass, Russia will try to use vaccination to achieve herd immunity this autumn, not through letting the disease run rampant. Meanwhile the mayor of Moscow clamps down with measures to promote contact tracing and to limit hours for restaurants and bars.

At the beginning of the outbreak, the UK also briefly opted for herd immunity. But the results were so disastrous that even a radical right-winger like Boris Johnson had to renounce it. Then he contracted the disease and had a horrible time with it, thus doubtless dooming any more talk of herd immunity as a policy in the UK.

Thanks to a ‘miracle cure’ derived from aborted foetuses, which will, one presumes, be hushed up so as not to offend evangelicals, though remaining available sub rosa to select oligarchs, Trump’s bout with COVID was not as ghastly as Boris Johnson’s. And now the Trump regime tilts toward herd immunity. Health and Human Services secretary Alex Azar denies this, as well he might, given that herd immunity would cause mass death. One expert, Dr Chris Murray recently confirmed to CNN that yes, that would be the result. And on October 13, Dr Tedros Adhanom Ghebreyesus, head of the World Health Organisation, called using herd immunity — when achieved by a policy of deliberate exposure to the disease — ‘unethical.’

In addition to causing mass death, such herd immunity to COVID would leave millions disabled. And again, herd immunity might never be reached with an illness that can reinfect people or which becomes chronic. So herd immunity is a fool’s errand. But don’t tell that to Scott Atlas or others in the Trump regime. Indeed, last month the Centres for Disease Control and Prevention drafted an order for all public and commercial transportation passengers and employees to wear masks. The white house blocked it.

Gupta later told radical right-wing Fox propagandist Laura Ingraham that ‘three months, maybe six is sufficient time for enough immunity to accumulate… that the vulnerable could resume normal lives.’ Politico also reported that fewer than 10 per cent of Americans had COVID antibodies. Herd immunity requires 60 to 70 per cent to stop the disease. With 10 per cent we have 221,000 dead and climbing. Some experts say we really have closer to 300,000. Do the math. There aren’t as many corpses as Haseltine predicts, but there are still plenty.

Then on October 13, Ghebreyesus made a video, specifically pointing out that historically herd immunity has always referred to a population’s immunity to a virus achieved through vaccination. This idea of deliberately exposing people to a potentially lethal, chronic and disabling disease is new. It’s also a fringe idea, the QAnon of epidemiology. And as Ghebreyesus said, ethically questionable.

This WHO statement came the same day that the white house endorsed herd immunity. The New York Times reported that the Trump regime embraces ‘The Great Barrington Declaration,’ something signed by Atlas’s three infectious disease experts and also by numerous practical jokers, such as IP Freely and other concocted signatures. This declaration calls for letting the pandemic run rampant among millions of Americans.

It should come as no surprise that right-wing, neoliberal leaders who worship at the altar of a ruthless capitalist religion have been unable to cope with COVID. Hatred of public health is encoded in their DNA. Indeed, public health in these countries — the US, Brazil, India, the UK, Russia — is stunted or non-existent, because health care is treated as a commodity only available to the affluent. Countries with more mixed economies and more respect for the efficacy of government, like New Zealand, South Korea, Taiwan, China, Vietnam, have dealt with this pestilence much better. They have tried to extirpate it. That approach, the opposite of herd immunity, has succeeded. It has saved multitudes of lives.

If the Trump regime continues down the path favoured by neoliberalism — rampant exposure to the disease to achieve herd immunity — there will be millions of excess deaths. This is not unexpected for those who regard unfettered capitalism as a death cult and herd immunity in the face of a wildly contagious, lethal disease as its favoured response. Right-wing neoliberal governments will not invest in public health. They want economies open regardless of how many people that kills. This is the logical conclusion of their extreme capitalist religion.

It is also the logical conclusion of a political-economic system of organised banditry that has plundered the globe for 500 years, enslaving millions and in the process unleashing a planet-killing climate catastrophe. Its ideologues gravitate to herd immunity like flies to excrement. They will countenance mass death to keep their corporations profitable. Herd immunity fits with lethal capitalism like a hand in a glove. Therefore the Trump regime, openly or covertly, will continue to pursue herd immunity, which will allow aristocrats like Trump and Chris Christie to get top-of-the-line medical care, including the scarce, aforementioned miracle cures, while the average COVID-stricken American, gasping for breath, is lucky even to snag a hospital bed.