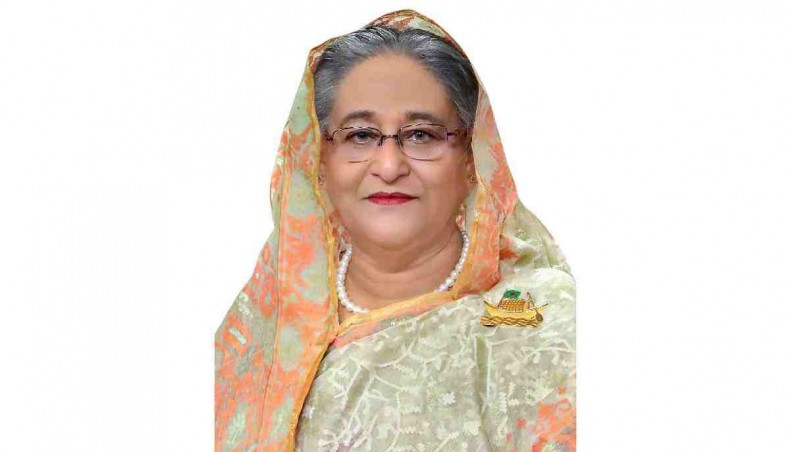 Prime minister Sheikh Hasina on Sunday called upon the journalists not to write any report that could mislead the nation towards wrong direction as journalism without principle could bring no welfare for any country.

‘Don’t write any report that can misguide the people towards wrong direction. I request you all to pay heed to this matter,’ she said while virtually inaugurated the Dhaka Reporters’ Unity programmes marking its silver jubilee from her official Ganabhaban residence in Dhaka.

The prime minister at the same time appreciated the journalists for their objective reports that guided the government to take prompt measures against any sorts of injustice.

‘Reports (in the media) help us a lot. By reading the reports in the newspapers, we stand by the helpless people and take tougher action against the wrongdoers,’ she said, urging the journalists to work with responsibility, patriotism and for the welfare of the people.

Noting that her government firmly believes in the freedom of press and has done whatever necessary to this respect, she requested the journalists to make constructive criticism that would help the government endeavour to build the country as a developed and prosperous one free from hunger and poverty.

PM’s press secretary Ihsanul Karim moderated the function from the Ganabhaban, organised by the DRU in the Hotel InterContinental.

Describing newspapers as the mirror of society, Sheikh Hasina said, ‘We want journalism to be realistic and it will reflect the welfare of the country and the nation.’

The prime minister called upon the journalists to follow the principles of journalism, quoting Sheikh Mujibur Rahman as saying, ‘Like journalism, democracy has a principle too. We can resolve many problems if we keep the two things in mind.’

She said that her government had been arranging training for the journalists at the grassroots by establishing a training institute mainly to enhance the quality of journalism to cope with the world standard.

In this connection, she said that as many as 30,048 journalists had been trained in the last 12 years by her government.

The prime minister said that they had formed Bangladesh Journalist Welfare Trust through which Tk 17.87 crore had been distributed among 5,266 journalists while Tk 3.50 crore was distributed from the PM’s Welfare and Relief Fund.

Reiterating her government’s zero tolerance policy against corruption, militancy and terrorism, she said that her government was determined to take stern action against the wrongdoers in accordance with the law.

The prime minister said that her government had been taking action whenever any injustice or corruption took place while it was a normal phenomenon to suppress those earlier (during the BNP-Jamaat regime).

‘When any news appears regarding corruption and injustice, we never think of hiding those rather to go actions. We do not even think that the party and the government will face criticism due to the measures taken against the misdeeds,’ she said.

‘As the government has been taking action against any wrongdoings, it may seem the Awami League government is committing the corruption. But, this is not true,’ She said, adding that the truth was that her government had not been nurturing any sorts of corruption.

Basically, the prime minister said, the seed of corruption was planted following the assassination of Sheikh Mujibur Rahman on August 15 in 1975. The governments of Zia, Ershad and Khaleda not only patronised the corrupt elements to create an elite group in society to cling to power but they also engaged themselves in corruption.

Referring to bringing out processions in trucks with firearms by the extremists in broad daylight under the patronisation of then BNP-Jamaat government, the prime minister said that her government had been tirelessly working to eliminate terrorism and extremism from the country.

‘We are deadly against the terrorism and extremism,’ she said, referring to the success in tackling the Holey Artisan attack within 48 hours though many had thought the government alone would not be able to handle it.

Mentioning that they had successfully been able to drum up awareness among the people against the extremism and terrorism, she said, ‘It is not possible to achieve anything without support from the commoners.’