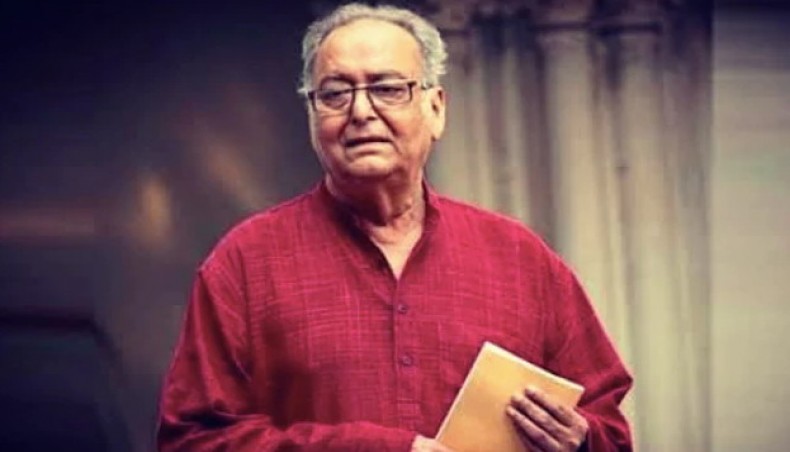 The health condition of legendary Bengali actor Soumitra Chatterjee who is undergoing treatment  in Kolkata's Belle Vue Clinic has deteriorated as he stopped responding to treatment.

Adding to the worries of the doctors treating him at a private hospital here, an official said though the 85-year-old’s organs were functioning ‘well’, the platelet count has dropped and the level of urea and sodium in his blood has gone up, said Dr Arindam Kar, who is leading the team of doctors treating him at the facility, reports Indian Express.

‘[Soumitra] Chatterjee’s consciousness is little down compared to what it was 72 hours ago.

Not very sure which way it is heading to. We have received reports of tests and we can deduce that the COVID encephalopathy is progressing,’ Kar said.

Encephalopathy is a general term describing a disease that affects the function or structure of the brain.

‘Despite the use of steroids and other prolonged efforts, he is not responding to treatment,’ he said.

Expressing concern over the thespian’s age and comorbidities, the doctor said, ‘Though his lungs and blood pressure are still working well, there are points to be worried of. His platelet count has come down. We are trying to find out the reason for that. We will take some tough calls tomorrow.’

‘We are trying our best. But sometime the best efforts are not enough for someone who is suffering from these disease at his age,’ he added.

The critically acclaimed actor was admitted to the hospital here on October 6 after he tested positive for COVID-19.

Chatterjee tested negative for COVID-19 last week after which he was shifted to a non-COVID ITU.