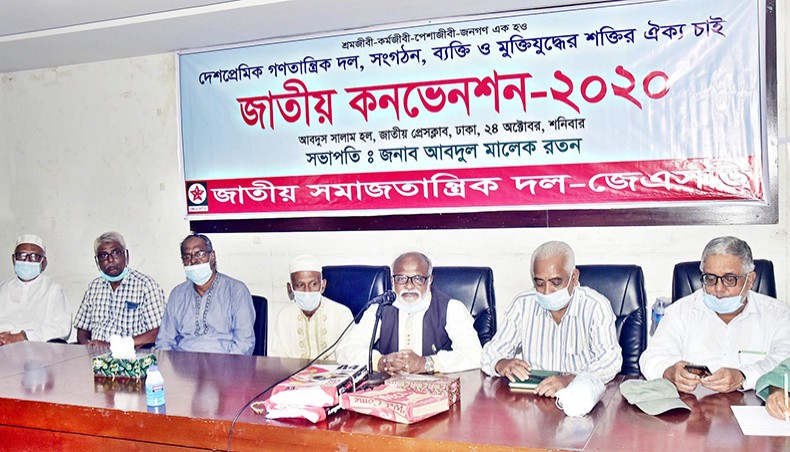 The Jatiya Samajtantrik Dal-JSD spilt on Saturday with the dissident leaders forming a 201-member central committee of the party, electing Abdul Malek Ratan as its president and MA Gofran as general secretary.

JSD president ASM Abdur Rob brushed aside the dissident leaders’ move, saying that the party had already formed the central committee one year ago.

The dissident leaders’ decision was taken in the national convention-2020, organised by them at the National Press Club.

Rob told New Age that he was not interested in making any comment about the convention. Only a few dissident party leaders were present in the convention, he said.

‘We formed the party’s central committee one year ago and we have no ideological crisis in the party. Then how a few leaders could take such an anti-party decision?’ Rob questioned.

They can return to our party, Rob added.