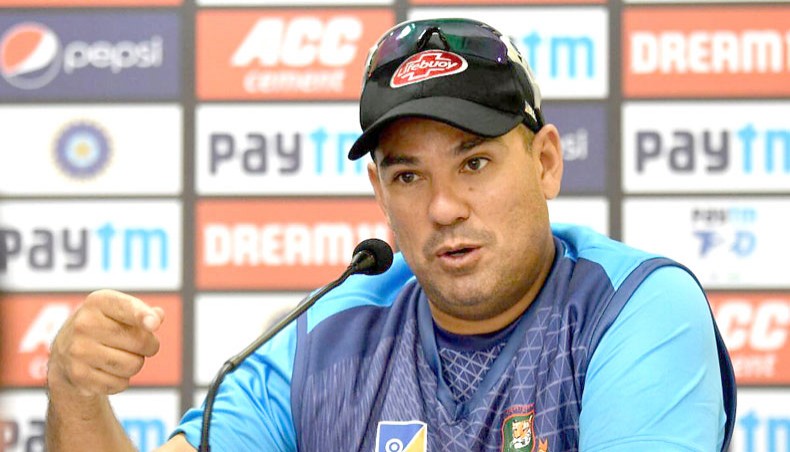 ‘Presently the coaches have no job to do. So we decided to send them back to their home. When we will host the Twenty20 tournament, then they will join us again,’ Bangladesh Cricket Board’s cricket operations committee chairman Akram Khan told the reporters.

Akram also said the coaches will fly back to Dhaka a few days ahead of the five-team Twenty20 tournament, which is scheduled to start in mid-November, so that they could end their mandatory quarantine and join the players before the competition begins.

‘Their return schedule will be planned accordingly so that they can work with the players before the Twenty20 tournament,’ said the former Bangladesh captain.

The coaches arrived in Dhaka in early September for the series against Sri Lanka which eventually did not take place due to the disagreement between both countries cricket boards regarding the strict quarantine rules imposed by the Sri Lankan government.

For almost two months the coaches were living inside the bio-bubble and Domingo spoke about feeling claustrophobic his last press conference before leaving the country.

‘I have been in the bio-bubble for 49 days till today. I haven’t been able to leave the hotel anywhere but practice and back to the hotel. It is not that easy,’ said the South African coach on Thursday.

Though three overseas’ coaches have already left, national team’s physio Julian Calefato and trainer Nick Lee are staying in Dhaka as the board has some plans with them, said BCB chief physician Debashis Chowdhury.