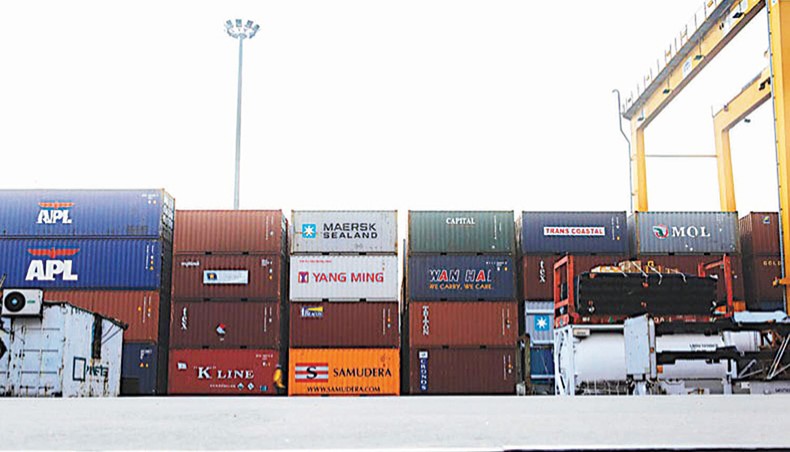 A file photo shows containers in the Chattogram port. Banks are opening letters of credit for importers above the annual import ceiling set in the import registration certificates in violation of the Import Policy Order. — New Age photo

Banks are opening letters of credit for importers above the annual import ceiling set in the import registration certificates in violation of the Import Policy Order.

They said that Customs House, Chattogram had already raised the matter with the Bangladesh Bank and other related government offices, including the National Board of Revenue and the commerce ministry.

CHC commissioner Mohammad Fakhrul Alam, in a letter to the central bank on October 14, sought its intervention in resolving the matter.

He also requested the central bank to issue the necessary directives to commercial banks so that the banks comply with the provisions of the IPO in opening LCs.

According to the CHC, customs officials found that a section of importers had been importing goods above the ceiling permitted in the IRC.

In most cases, banks are opening LCs for imports in violation of the IPO, it said.

According to the existing IPO 2015-2018, an importer will not be allowed to open LCs to import goods worth over the ceiling stated in his or her IRC.

Importers and banks will be equally responsible for violation of the related provisions of the IPO, it said.

CHC commissioner Mohammad Fakhrul Alam on Thursday told New Age that it was the customs officials’ responsibility to oversee whether the conditions, including the annual import ceiling, of the IPO were being met in importing goods.

He said that they were not halting the release of import consignments for the violation to keep business activities uninterrupted.

Customs officials release the goods by taking undertakings from the importers to keep the flow of trade uninterrupted, he added.

He said that the government was losing out on revenue in fees and VAT on the fees.

According to the Office of the Chief Controller of Imports and Exports, importers have to pay a specific amount of fees ranging from Tk 3,000 to Tk 60,000 for IRC registration and renewal on the basis of the value of their overall annual import ceiling.

Importers are classified into six categories on the basis of their annual import ceiling, ranging from Tk 5 lakh to Tk 5 crore and above.

VAT at the rate of 15 per cent is applicable on the fees.

Fakhrul said that the government received less revenue in fees and VAT if LCs were opened above the ceiling.

It is also a deviation of the government policy, he said.

‘So, we have written a letter to the central bank requesting it to issue directives to dealer banks so that they complied with the provisions of the IPO,’ he said.