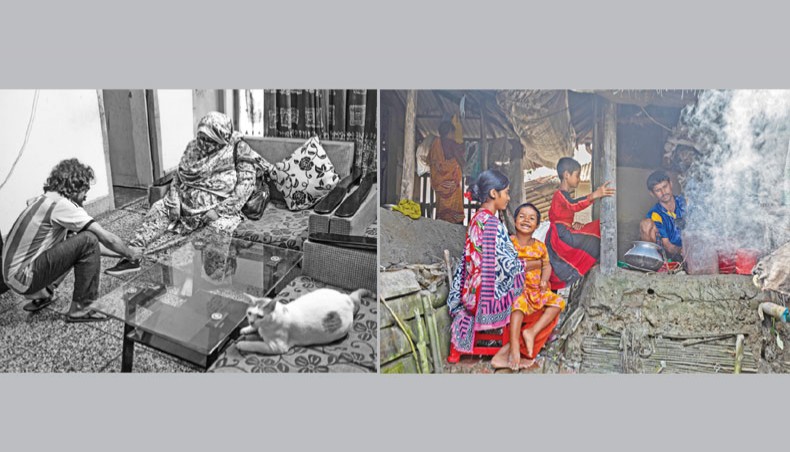 An online group photography exhibition portraying men participating in household chores and caring for family members and children is under way at www.diom2020.com/exhibition.

The 26-day exhibition features 12 photo stories alongside 16 photographs by 28 photographers.

A total of 62 photo stories were submitted to the exhibition between September 5 and October 7. A three-person jury, comprising Children Film Society Bangladesh general secretary and photographer Munira Morshed Munni, professor of Dhaka University mass communication and journalism department Gitiara Nasreen and photographer Mahmud Rayhan, selected the works for the exhibition and winners of the contest.

The exhibition was inaugurated online on October 23. Jatiya Sangsad deputy speaker Fazle Rabbi Miah was present as the chief guest and deputy secretary to the ministry of Women and Children’s Affairs Abul Hossain was present as special guest at the programme, which was presided over by ActionAid Bangladesh country director Farah Kabir.

A photograph taken by Shanto Ghagra shows a man making a nakshikantha while his wife is busy preparing meal.

A photograph by Mohammad Masudur Rahman shows a man cooking rice for his family.

Nazmul Nahid’s work shows a man tying the shoelace of his mother.

Sultan Ahmed Niloy’s photo story shows precious moments between a father and his daughter. The man is seen playing with his daughter and feeding her.

Saiful Islam’s work shows a father is playing ludo with his son.

The photograph by Syed Mahmudur Rahman shows a man feeding chickens and ducks in the front yard of his house.

The online exhibition will remain open till November 15.