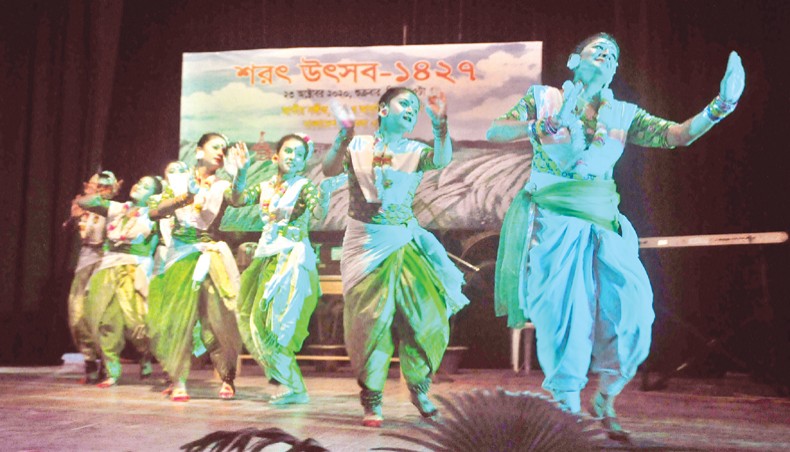 ‘We have six seasons in our country. We should celebrate each and every season organising cultural festivals. The cultural affairs ministry has been working tirelessly to promote our art and culture and will continue to do so in the coming days,’ said KM Khalid.

‘We have gathered here today after a long hiatus. We need to promote the six seasons among the younger generations by organising cultural shows,’ said Ghulam Quddus.

‘We have been organising the festival for the last 12 years at the fine arts faculty of Dhaka University but we decided to organise this year’s programme at Bangladesh Shilpakala Academy due to the on-going COVID-19 crisis,’ said Manjar Chowdhury Sweet.

Artiste Asit Roy played Esraj to the delight of the audience.