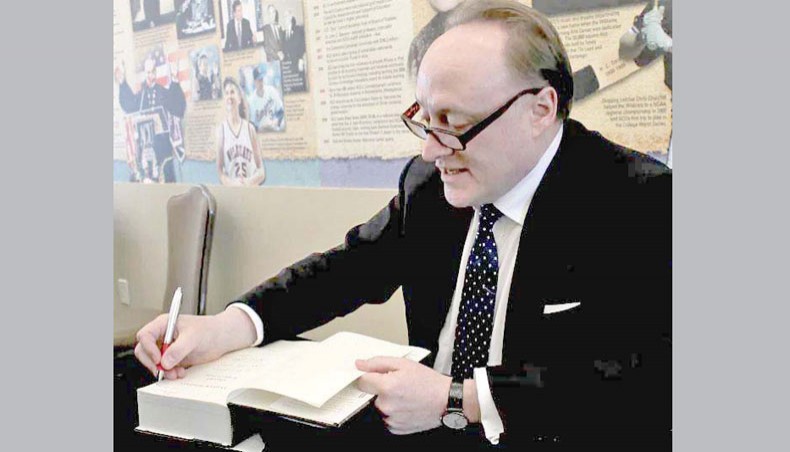 TWO months from now, on December 14 (allowing for last-minute manipulations), the tiring, tiresome US presidential elections will be over. Who will be more exhausted — the 78-year-old Democrat Joe Biden who suffered two brain aneurysms in 1988, or his irrepressibly effervescent opponent — the 74-year-old COVID-19 affectee Donald Trump? Who will occupy the Oval Office for the next four years — The Quiet American or The Ugly American?

Neither of them will have read these novels. The Quiet American, written by Graham Greene, was published in 1955. Its story is set in Vietnam, and covers the collapse of French colonialism and its replacement by US militarism. The book became iconic because of its prescient anticipation of the United States’s defeat.

The Ugly American appeared three years later and was so closely aligned to reality that it could qualify as faction. The story by Eugene Burdick and William J Lederer revolves around an insensitive US ambassador in the fictional Far Eastern country of Sarkhan, whose inhabitants he derides. They reciprocate. A Burmese journalist tells him: ‘We love Americans — the kind we meet in America.’

John F Kennedy was so impressed by the book that he forwarded copies to every US senator and, when president, created the Peace Corps to give US aid abroad a human face.

An earlier example of such literary forays into national introspection was Lytton Strachey’s Eminent Victorians (1918). In brilliantly crafted essays, Strachey splayed the lives of four Victorian icons: the self-serving Cardinal Manning; the stern progenitor of the English public school system, Dr Matthew Arnold; the martyr-manqué general Charles Gordon; and the nurse extraordinaire Florence Nightingale, who met an oriental spiritual leader in 1908 and noted afterwards sadly: ‘A most interesting man, but you could never teach him sanitation.’

Strachey used his pen as a scalpel. His short form became the norm for potted biographies. Even modern historians like Andrew Roberts have found it a useful way of crowding many lives between one set of covers. Roberts is known for his weighty biographies of Britain’s foreign secretary Lord Halifax, prime minister and Marquess of Salisbury Robert Cecil, French emperor Napoleon Bonaparte and, most recently in 2018, Winston Churchill.

His book Eminent Churchillians (1994) deserves to be read, for it unmasks the true characters of public figures whom we know from their bleached reputations. Roberts’s opening chapter is on the royal House of Windsor, its ambivalent position on pre-World War II appeasement, and its treatment of the Duke of Windsor and his wife. Roberts quotes a letter dated July 6, 1940, from the then Queen Elizabeth about her sister-in-law Wallis, whom she describes as ‘the lowest of the low’. He completes the demolition job by commenting that, despite George VI’s reign spanning the ‘Anschluss, Munich, the Second World War, the communist domination of Eastern Europe, the loss of India and the twilight of Empire’, his biographer John Wheeler-Bennett could find no evidence that his subject ‘exercised any influence or ever thought about anything’.

Other subjects Roberts skins after their death are the obsequious historian Arthur Bryant, the Machiavellian courtier Walter Monckton who played both sides during the abdication crisis of 1936, and Winston Churchill for his undisguised racism. Roberts writes that Churchill, in 1921 as colonial secretary, averred ‘that the Indians of East Africa are mainly of a very low class of coolies, and the idea that they should be put on equality with the Europeans is revolting’. What would Churchill have thought of the present chancellor of the exchequer Rishi Sunak (born of Kenyan/Tanzanian parents) and home secretary Priti Patel (of Ugandan/Indian stock)?

Roberts reserves his sharpest blade for Lord Louis Mountbatten. He fillets him with Churchill’s barb about Britain’s ‘shameful flight’ precipitated by Mountbatten’s ‘premature hurried scuttle’. Mountbatten gave various reasons to historians for preponing the date from June 30, 1948, to August 15, 1947, and for deliberately delaying the announcement of the Radcliffe boundary award until after independence ‘so that the killing which inevitably followed was technically the responsibility of the incoming Dominion Governments, rather than his’. Roberts is not surprised that Radcliffe destroyed ‘all his papers and notes relating to his work’ and that Mountbatten kept his crucial ‘off the cuff’ conversations with Indian leaders ‘off the record’. Roberts also reveals that ‘Indian troops had moved into Kashmir before the tribesmen crossed the border’ and that the Maharaja of Bikaner had threatened to join Pakistan if the vital water headworks at Ferozepur were allotted to Pakistan. History still has dark corners.

Who will be Strachey to today’s eminent Pakistanis? Will anyone write about The Unquiet Parliamentarian? Or waste ink on The Ugly Politician?