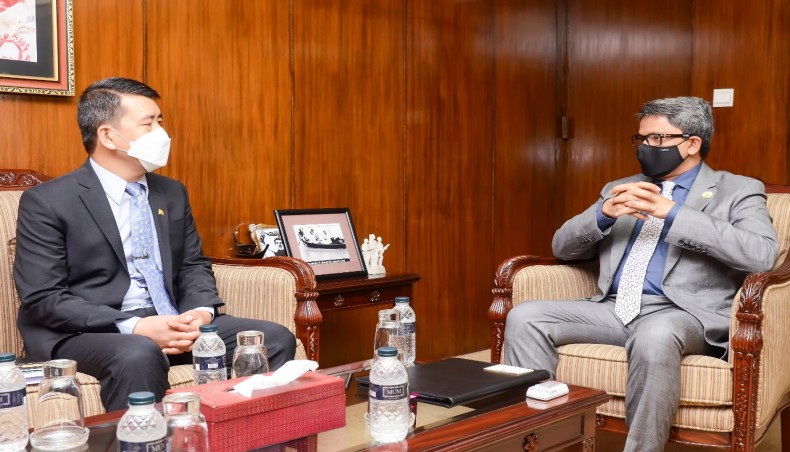 Bangladesh and Bhutan are likely to sign a Preferential Trade Agreement (PTA) soon for giving a boost to bilateral trade of the two neighbouring countries.

This was revealed when Bhutanese ambassador to Bangladesh Rinchen Kuentsyl made a call on Bangladesh’s state minister for foreign affairs Shahriar Alam on Monday, a foreign ministry press release said.

During the meeting, they discussed the ways to improve cooperation on education, health and IT between the two countries.

State minister Alam proposed that Bhutan might provide technical assistance in setting up a vegetables processing plant in Bangladesh and the envoy showed interest regarding this.

They also discussed organising joint programme to celebrate the 50th years of anniversary of Bhutan’s recognition to Bangladesh’s independence.