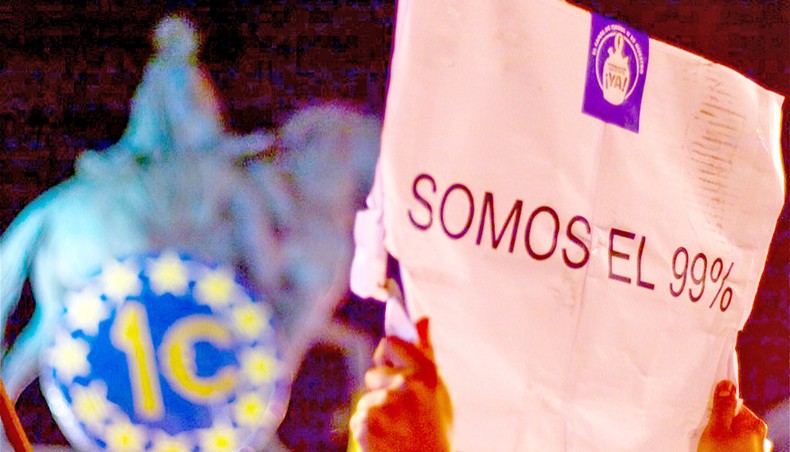 But they’ve got all the money. — Open Democracy/Flickr/Rojo Velasco

Wealthy gamblers with a strong stomach and cold blood have profited from the sickness of millions rather than helping to cure it, writes Paul Rogers

THE sheer costs of COVID-19 are clearer by the day. As the pandemic expands so there is growing concern over not only the direct costs but the longer-term economic damage, and much talk of substantial increases in taxes to pay for it all.

A column in this series six months ago put this in perspective by reminding us of the high levels of wealth in the United Kingdom in the hands of a few thousand people, which suggests that windfall taxes might be a good place to start.

More recently, in early August, the British government put out a revised estimate of the cost of the pandemic at a little over 200 billion pounds. That was published two months after the Sunday Times ‘Rich List 2020’ revealed that the richest thousand in the country had 743 billion pounds, more than three times the total cost of COVID-19. Moreover, wealth is now skewed so much in the United Kingdom that the even the richest twenty on the list have 213.3 billion pounds and so could theoretically pay that bill.

No one is pretending that a sudden revolutionary uprising will transfer that cash: after all, revolutions all too often merely change the accents of the elites. But it is a salutary reminder of where wealth really lies, even more so when the former senior advisor on homelessness to several successive British governments, Louise Casey, said this week that government support for too many people was clearly inadequate.

‘We are looking at a period of destitution. I can’t impress upon you enough that I think we are heading into an unprecedented period. We’re already in it and it’s going to get worse. And it needs a more cross-government cross-society response.’

‘Do we want to go back to the days where people can’t put shoes on the children’s feet? Are we actually asking people in places like Liverpool to go out and prostitute themselves, so that they could put food on the table?’

IF THAT is the situation in the United Kingdom, the global position on wealth is more grotesque still, illustrated a few days ago by the publication of ‘Riding the Storm’, the 2020 edition of what is commonly called the ‘billionaires’ report’ from the bank UBS and the management consultancy PWC.

Last week’s column highlighted one extraordinary finding in that report: the world’s 2,189 dollar billionaires actually increased their wealth by 27.5 per cent between April and July this year, the height of the first surge of the COVID-19 pandemic. Two further issues arise: what is the total wealth of the world’s dollar billionaires and how on earth did so many of them grow that much richer right in the middle of a global tragedy?

On the first point, the wealth of those billionaires now comes to $10.2 trillion. A figure like that is hard to visualise, so try to imagine everyone of working age in the European Union earning the median income of people in the United Kingdom, and then imagine all their salaries for one year held by a group of people who could comfortably gather in a large theatre or a concert hall.

So how did their wealth increase so much this year? One of the report’s authors, Josef Stadler, whose job title at UBS is ‘head ultra high net worth’, puts it bluntly as quoted in The Guardian: ‘Billionaires did extremely well during the COVID crisis; not only (did) they ride the storm to the downside but also gained up on the upside (as markets rebounded).’

THE trick was to buy shares when equity markets were crashing, wait for a rebound and buy back early to make a killing. Stadler says: ‘Those who were disciplined have benefitted, not everyone has the stomach or the cold blood to do that.’ He described their ‘significant risk appetite’ and their willingness to gamble some of their considerable fortunes, and that they won.

Stadler has previously warned of an inequality gap leading to serious social instability, though this issue doesn’t tend to get into the public eye because billionaires own so much of the world’s mainstream print and broadcast media.

The director of the High Pay Centre in the United Kingdom, Luke Hildyard, sums it up precisely: ‘Extreme wealth concentration is an ugly phenomenon from a moral perspective but it’s also economically and socially destructive.’

The extent of the current extreme inequality stems from forty years of the neoliberal model. That has to change, hopefully without violence, but it is not sustainable as it is. Meanwhile, remembering the success of the world’s billionaires is the quickest and easiest response to the strident calls from politicians that everyone should ‘share the burden’ of COVID-19 and pay more taxes. No, they shouldn’t.

OpenDemocracy.net, October 16. Paul Rogers is a professor in the department of peace studies at Bradford University, northern England. He is openDemocracy’s international security adviser.