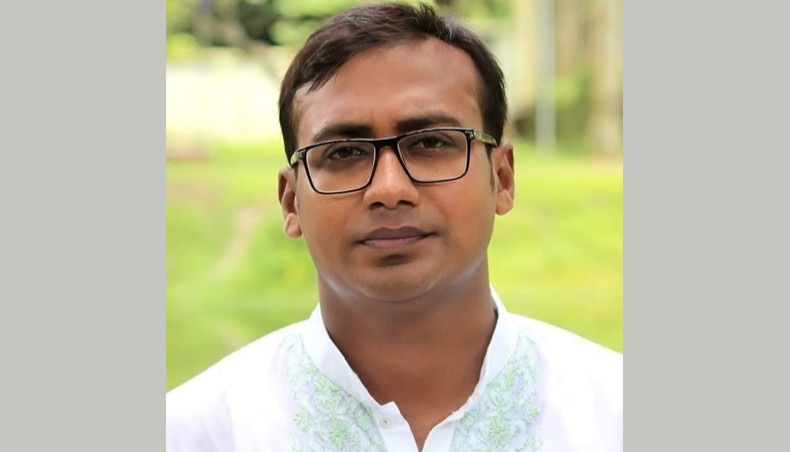 The deceased, Masudur Rahman Shuvro, 37, of Kalipur area of the town, was the general secretary of Gouripur upazila unit of Swechchhasebak League, the volunteers’ organisation of the ruling Awami League.

Local people said that Masudur, along with his fellows, had been taking tea near his office at Madhyabazar at about 10:30pm when a group of eight to 10 assailants reached the spot by two CNG-run auto-rickshaws and hacked them indiscriminately.

The assailants left the place leaving Masudur and three of his fellows wounded, they said.

The injured were rushed to Mymensingh Medical College Hospital where doctors declared Masudur dead, they said.

Gouripur police officer-in-charge Borhan Uddin said that they arrested Bangladesh Nationalist Party Gouripur upazila unit joint convenor and Moilakanda union parishad chairman Riyaduzzaman Riyad at Gachha under Tarakanda upazila in the district and three others at Kaurat of the same upazila on Sunday for their ‘suspected involvement’ in the murder.

He said that they were arrested on the allegation of the victim’s family.

A group of agitating people, allegedly activists of Swechchhasebak League, attacked the house of Riyad at Moilakanda on Sunday afternoon and set fire to a house of Riyad’s family, said villagers.

The police doused the fire immediately with the help of villagers, OC Borhan Uddin said.

Mymensingh disrict Swechchhasebak League president Uttam Chakrabarty Rocket told New Age that none of the activists of his organisation was involved in the attack on Riyad’s house.

A senior BNP leader and former chairman of Gouripur upazila parishad, Taifur Rahman Hiron, alleged that the police arrested Riyad to harass opposition political activists. He alleged that the murder occurred due to an intraparty conflict.