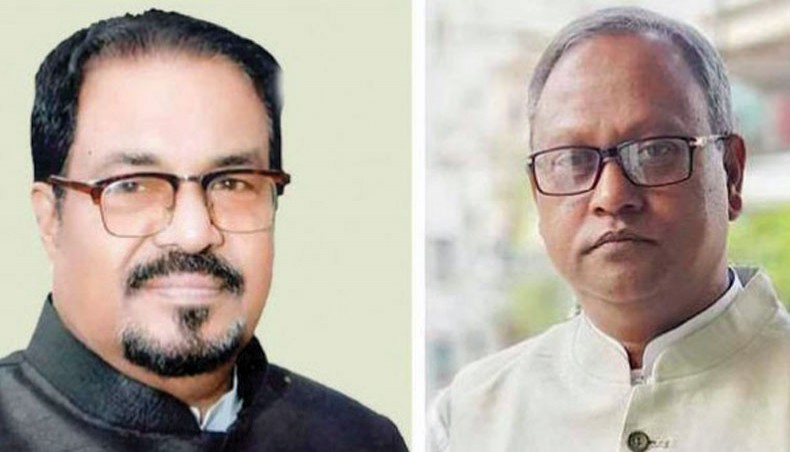 He said that 10.09 per cent voters cast their votes.

He said that 36.4 per cent voters cast their votes.

At the polling stations, the presence of Awami League activists and supporters outside the polling centres were seen higher than the number of voters.

In many centres, presiding officers passed idle times as they waited several hours for voters.

BNP candidate for Dhaka-5 Salauddin Ahmed demanded resignation of the chief election commissioner and re-elections in the constituency rejecting the result.

He alleged that almost all of his polling agents were ousted from the polling centres by AL people.

He made the complaint at a press conference in the evening.

AL candidate Kazi Monirul, after casting his vote, said that the polling was being conducted in a peaceful manner.

BNP candidate for Naogaon-6 Sheikh Rezaul Islam at a press conference at the local party office at around 3:30 pm announced that he had boycotted the by-election.

He alleged that supporters of AL candidate intimidated voters at the centres.

About the low turnout, chief election commissioner KM Nurul Huda told reporters that people were less interested in by-elections as the elections were not a matter of changing the government.

He, at a press conference, said that a section of people did not go to the polling stations due to the fear over COVID-19.

He, however, expressed his satisfaction over the by-elections as they were completed without any violent incidents.