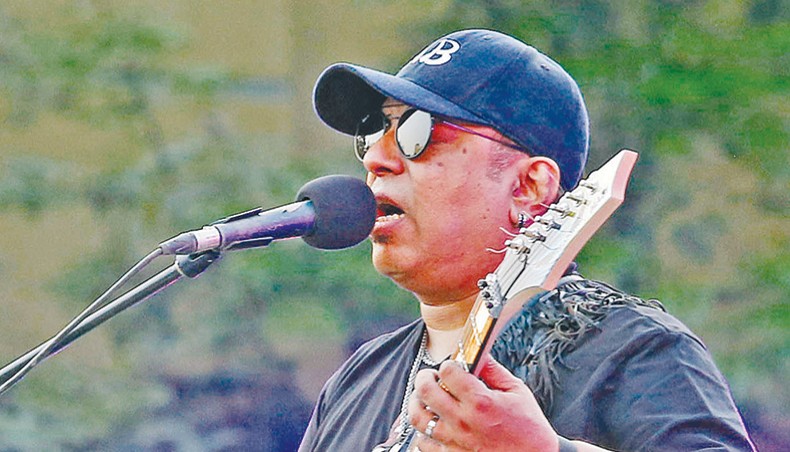 Today is the second anniversary of death of the late rock music pioneer Ayub Bachchu, who had conquered hearts of music lovers across the country with his timeless songs during a music career that spanned over more than four decades.

Legato Events will stream an online programme titled Tribute to Ayub Bachchu on its Facebook page at 10:00pm tonight marking Bachchu’s second death anniversary. Leading rockers including Fuad Nasser Babu, Ali Sumon, former manager of LRB Shamim Ahmed and Naquib Khan, among others, are scheduled to participate in the programme.

Ayub Bachchu was drawn to music from an early age. He founded his first band named Spider at the age of 14. He joined Feelings in 1978. The band went on to become a major band in Bangladesh. He left the band only after two years and joined Souls as its lead guitarist in 1980 where he played for ten years. He founded LRB in 1991.

LRB was admired for its taste for experimentation, with its first album being released in the double-disc record. It was the first time people came across such an idea in Bangladesh.

The album was a runaway success with many of its rock numbers. The band released its last album titled ‘Juddho’ under the leadership of Bachchu in 2012.

Besides, he released an instrumental album titled ‘Sound of Silence’ in 2007. Bachchu’s last solo album ‘Jiboner Golpo’ was released in 2015.