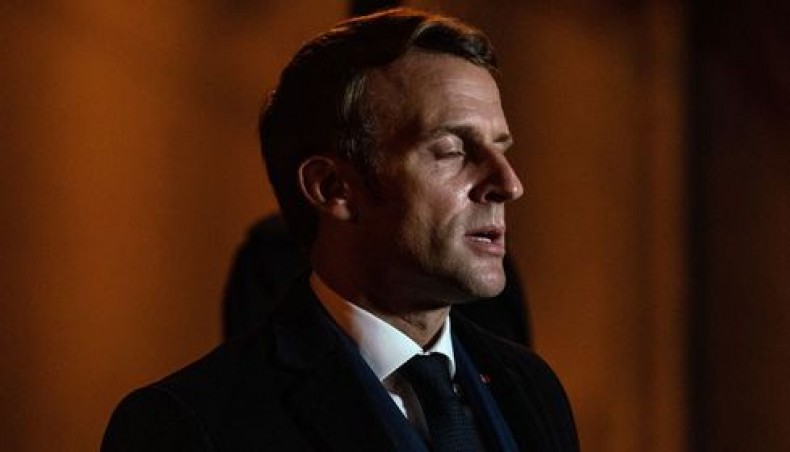 French president Emmanuel Macron speaks to the press in front of a middle school in Conflans Saint-Honorine, 30kms northwest of Paris, on October 16, 2020, after a teacher was decapitated by an attacker who has been shot dead by policemen. — AFP photo

The man suspected of beheading a French teacher who showed his students cartoons of the prophet Mohammed was an 18-year-old Chechen, a source said Saturday, in what president Emmanuel Macron called an ‘Islamist terror attack’.

Police have detained nine people over Friday’s attack near the middle school where the teacher worked in Conflans-Saint-Honorine, a usually quiet northwestern suburb around 30 kilometres from central Paris.

The assailant was shot by police and later died of his injuries.

Police said the victim was history teacher Samuel Paty, who recently showed cartoons of the Prophet Mohammed as part of a class discussion on freedom of expression that had prompted complaints from parents.

Four of the suspect’s relatives — two brothers and his grandparents — were initially detained by police for questioning.

A judicial source said on Saturday that five more people had been detained, including the parents of a child at the school where the teacher was working.

According to the source, who asked not to be named, the parents had signalled their disagreement with the teacher’s decision to show the cartoons.

The three other new people detained are members of the suspect’s social circle.

The attack came as a trial is in progress over the January 2015 massacre at the offices of Charlie Hebdo satirical magazine, which had published caricatures of the prophet that unleashed a wave of anger across the Islamic world.

The magazine had defiantly republished the cartoons in the run-up to the trial’s opening in September and last month a young Pakistani wounded two people with a meat cleaver outside the magazine’s former offices.

In a tweet, Charlie Hebdo expressed its ‘sense of horror and revolt’ at Friday’s attack.

Identification documents found on the suspect showed he was an 18-year-old born in Moscow but from Russia’s southern region of Chechnya.

The attacker shouted ‘Allahu Akbar’ (‘God is greatest’) as police confronted him, a cry often heard in jihadist attacks, a police source said.

There had been no previous indication that he was a potential radical, a source close to the investigation said.

French anti-terror prosecutors said they were treating the assault as ‘a murder linked to a terrorist organisation’.

Police said they were investigating a tweet posted from an account — since shut down — that showed a picture of the teacher’s head.

It was unclear whether the message, which contained a threat against Macron — describing him as ‘the leader of the infidels’ — had been posted by the attacker, they said.

The killing bore the hallmarks of ‘an Islamist terrorist attack’, Macron said as he visited the scene.

Visibly moved, the president said that ‘the entire nation’ stood ready to defend teachers and that ‘obscurantism will not win’.

His Elysee Palace said Saturday that a ‘national tribute’ would be held in Paty’s honour, without setting a date.