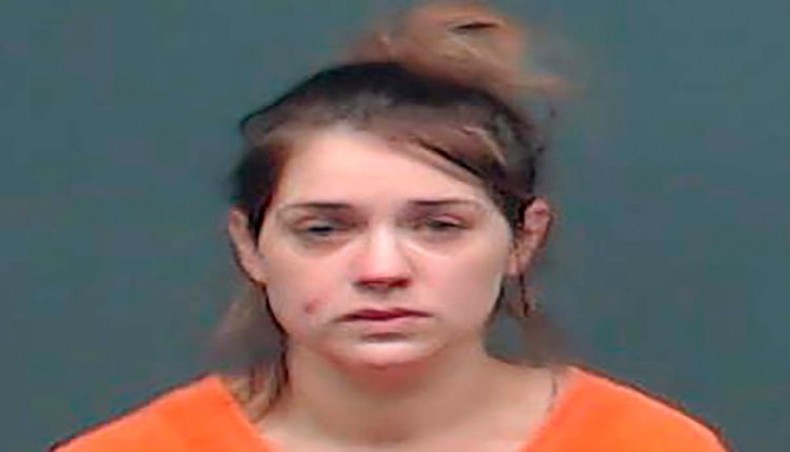 Taylor Parker, accused of killing a pregnant Texas woman and removing the baby from the victim's womb. --Courtesy Gulf News

An American woman has been arrested for allegedly killing a pregnant woman and removing the fetus from her womb.

Taylor Parker, 27, is being held in a Texas jail and bail was set Thursday at $5 million.

Parker was arrested last Friday after telling police she had just delivered a baby who was not breathing, authorities in Oklahoma said this week.

Parker, who said she gave birth by a roadside, was rushed to a hospital where the baby was pronounced dead.

The pregnant woman, Reagan Simmons-Hancock, was found dead that day in a city in the neighboring state of Texas, with the baby no longer inside her.

Her body was found about 15 miles from where Parker was picked up.

Parker is now being held in Texas on murder and kidnapping charges.