Ardern vows to quit if she loses election 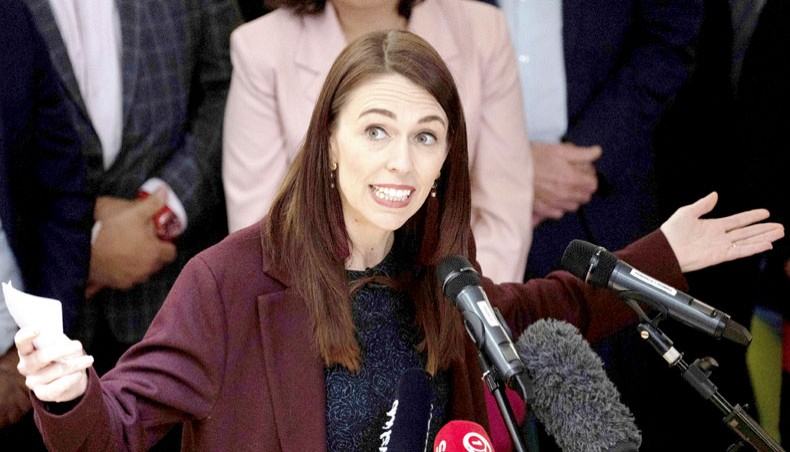 New Zealand prime minister Jacinda Ardern said Thursday she will step down as leader of the centre-left Labour Party if opinion polls prove wrong and she loses Saturday’s general election.

The prospect appears remote, with Labour enjoying a 15 point lead in the polls, but Ardern responded with a firm ‘No’ when asked during a televised debate whether she would remain as opposition leader if the vote does not go her way.

The 40-year-old, who has led New Zealand through a string of crises in the past three years culminating in the COVID-19 pandemic, said her commitment to the job had demanded sacrifice.

‘I never take for granted that I’m here. I give my everything,’ she said.

‘No matter what crisis is thrown my way, you will always be assured I will give my everything to this job, even if that means a huge sacrifice.’

Ardern said even if she was not in parliament she would still be involved in politics in some capacity, saying she wanted to effect change and take debate beyond mudslinging insults.

‘I want our nation not to be completely polarised, and actually, relative to other countries, we do a pretty good job on that,’ she said.

A TVNZ poll released Thursday put Labour’s support at 46 per cent, down one point on a month ago, but well ahead of the conservative National Party, which also slipped a point to 31 per cent.

Under New Zealand’s proportional voting system, Ardern would still need minor party support to govern but current coalition partner the Greens would easily get her over the line, lifting its support two points to eight per cent.

Ardern’s personal popularity as preferred prime minister was up five points to 55 per cent, while National leader Judith Collins fell three points to 20 per cent.

Ardern has framed the ballot as ‘the COVID election’ and her appeal rests largely on her success combatting the virus, with just 25 deaths in New Zealand’s population of five million.

Asked what message she had for undecided voters, Ardern said New Zealanders needed stable government and should ‘stick together in uncertain times’ to work on a speedy economic recovery.

‘Yes we have to manage the COVID crisis as it stands, but we have to look to the future too and all those challenges, environmental sustainability, training and so on,’ she said.

Collins said her party was best placed to steer the economy through a coronavirus-induced recession.

‘I bring real business experience at a time of grave economic situation that we’re moving into now, and the ability to make decisions,’ she said.