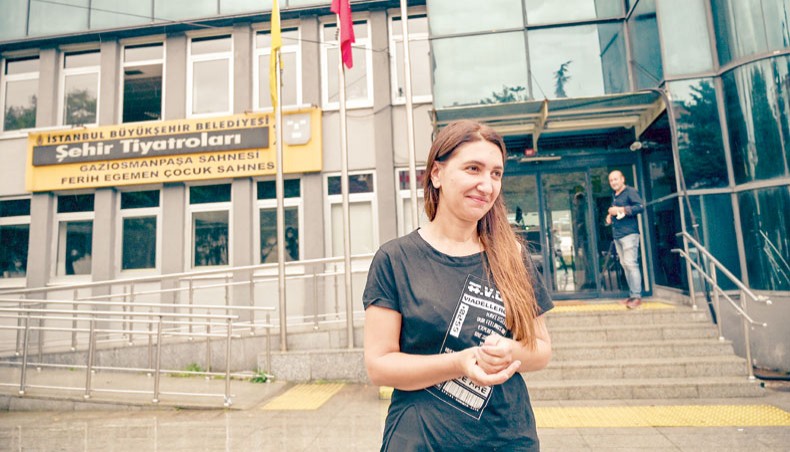 Turkish authorities have banned a Kurdish-language play that was due to open Tuesday in Istanbul’s municipal theatre for the first time in its 106-year history, organisers told AFP.

‘Beru’, a Kurdish adaptation of Dario Fo’s ‘Trumpets and Raspberries,’ was included in the October programme of the Istanbul Municipality City Theatre, to much fanfare.

The city theatre is under the authority of the secular opposition CHP party city government.

Fo’s work as a playwright and satirist was honoured in 1997 with the Nobel Literature Prize. But authorities said the play had been banned because of ‘public order’ concerns and disseminating propaganda for the banned Kurdistan Workers’ Party (PKK), designated as a terror group.

The satire involves a politician rescued from kidnapping whose face is mistakenly reconstructed in hospital in the likeness of the man who saved him.

Performed by Teatra Jiyana Nu (New Life Theatre), it had been due to open in the Gaziosmanpasa neighbourhood at 1730 GMT, but news of the ban arrived only a few hours before curtain up.

‘We were all on stage for rehearsal and ready for the audience but instead handed a statement from the local administration that we are banned,’ actress Ruges Kirici told AFP outside the theatre, which was under police surveillance.

‘We cannot perform at the moment,’ she said.

Istanbul governor Ali Yerlikaya said ‘Beru’ was banned not because it was a Kurdish-language play but because it ‘contained PKK propaganda,’ in a message on Twitter.

‘A theatre play spreading the PKK terror organisation’s propaganda will be allowed neither in Kurdish, Turkish nor in Arabic,’ Ismail Catakli, spokesman for the interior ministry, tweeted, dismissing the criticism as ‘another lie, another provocation.’

He said legal action had been taken against those who had given it the green light.

The city theatre -- whose history goes back to the Ottoman Empire, the predecessor of the modern Turkey -- had decided to take on some work from independent theatres that are struggling in the coronavirus pandemic.

But it has come under fire since then, with some pro-government media accusing the opposition municipality of allowing a play by a theatre group linked to outlawed Kurdish militants.

President Recep Tayyip Erdogan’s ruling AKP government took steps to improve Kurds’ cultural and linguistic rights as part of an initiative announced in 2009 when he was prime minister.

These included allowing Kurdish-language institutions and media outlets, as well as kindergartens that teach children in Kurdish.

But after the collapse of a fragile truce in 2015, violence resumed in the Kurdish-majority southeast between Turkish security forces and Kurdish militants from the outlawed Kurdistan Workers’ Party (PKK). The government has since launched a crackdown on Kurdish media organisations and culture centres.

It was widened after Turkey’s failed 2016 coup, with the government removing many elected mayors of Kurdish-run municipalities from the Peoples’ Democratic Party (HDP) on terror-related charges and replacing them with ‘trustees’.

The HDP took to Twitter to condemn the ban on a Kurdish-language play in Istanbul ‘where five million Kurds live,’ denouncing a ‘fascist mentality’.

The troupe had already performed the play in several festivals at home and abroad, but Tuesday was going to mark the first performance in an official Turkish venue.

‘The play by Dario Fo was performed in many languages all over the world,’ she said. ‘Why is it dangerous when it is in Kurdish? Why does it threaten public safety?’

Actor Omer Sahin compared the decision to past pressure by the governments in the 1990s, when tensions between the PKK and the army were at their peak.

‘We are no longer in the 1990s but the decision today has sent us back to the atmosphere and mindset of that era,’ he said.