Nostalgia isn’t what it used to be 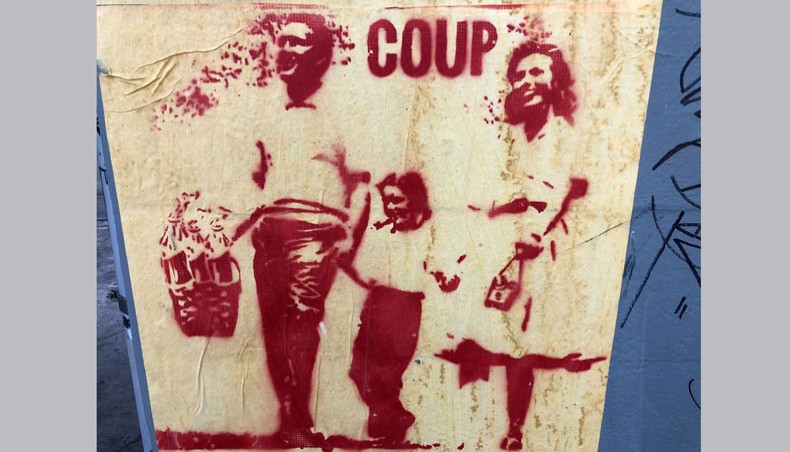 MOMENTS of disruption always lead to nostalgia. If only we could go back to where we were before. Remember how free we were to socialize before the pandemic? Remember what it was like not to wear masks in public places or scrub hands several times a day. And even further back: remember how easy it was to go to airports to board planes before September 11 and security checks?

After the outbreak of the coronavirus, after the 9/11 attacks on the Twin Towers and the Pentagon, life has not been the same. We are more cautious. There are more limitations on our freedom. We are aware of negative possibilities in ways we were never before.

And the past becomes that much brighter as we try to adapt to the new normal. Wasn’t it great when we didn’t eye people in the bus, tram or subway who were not wearing masks? Wasn’t it wonderful when we could hop on a plane to visit friends or family? We were freer. We had worries, but they were less morbid than an invisible virus.

What about unemployment? Furloughs? People who thought their jobs were guaranteed are now worrying about their next pay check. While the famous slogan of working for the same company ‘from cradle to grave’ has long disappeared, economic fragility has added to the disruption of the pandemic. Now, we are not sure of our situations from day to day. We remember when there was more stability, and now realize how privileged we were to have that stability.

Nostalgia is not only a personal emotion; it is also a national one. President Donald Trump symbolizes an American nostalgia for the 1950s when the United States was the dominant world power. Behind the slogan ‘Make America Great Again’ is a vision of a long lost hegemony.

On a personal level, can we overcome a desire to going back to the way things were before the pandemic? I don’t think so. But our ability to adapt is impressive. While we used to snigger at Asians wearing masks when visiting, Europeans seem accepting of the new normal by wearing masks. We are adapting, at least materially, but that doesn’t mean nostalgia has disappeared.

On a national level, the adaptation is more complex. We have images of what our countries have been, are, and should be. Although there have been Black Lives Matter attacks on the statutes of Confederate generals, there have been few attacks on the memorial to the iconic founding father and slave owner Thomas Jefferson. Easy to try to tear down statues of Robert E. Lee. Try to tear down the Jefferson Memorial or protest his revered home in Monticello or the University of Virginia that he founded. In the face of some protests, the University of Virginia President Jim Ryan said that the statue of Jefferson would remain on the campus. He added: ‘as long as I am president, the University of Virginia will not walk away from Thomas Jefferson.’

On the other hand, Princeton University changed the name of its prestigious Woodrow Wilson School of Public and International Affairs to the Princeton School of Public and International Affairs. ‘We have taken this extraordinary step because we believe that Wilson’s racist thinking and policies make him an inappropriate namesake for a school whose scholars, students, and alumni must be firmly committed to combating the scourge of racism in all its forms’, the board of trustees announced in a press release. (There has been no action in Geneva to rename the Palais Wilson, the current headquarters of the Office of the United Nations High Commissioner for Human Rights.)

Globally, Vladimir Putin is admired by many Russians because he represents a return to the strength of the Soviet Union. Russians are yearning for some form of respectability after the fall of the Berlin Wall. The same desire to return to imperial status exists with the Turks and president Erdogan and the Chinese with president Xi.

Pride in one’s country is a natural emotion. People living in once proud empires have nostalgia for that dominant situation, especially when faced with destabilizing disruption. An exaggerated national nostalgia for pride of place can be dangerous. A Chinese general told me: ‘We were once a great empire. The last 200 years have merely been a blip. You Swiss have the watches, we have the time to return to our natural position.’

We cannot measure nostalgia. As time goes on, different generations are nostalgic for different pasts. Generations X, Y, Z or Millennials have their own time frames. And each has its own nostalgia. But historical narratives go beyond generational nostalgia. They are part of a group or country’s identity. Chronopolitics, the politics of time, should never be underestimated. But, to paraphrase Thomas Wolfe, a country cannot go back to its previous stature. Nostalgia may be a powerful emotion, but it cannot be the driving force in dealing with today’s realities.

CounterPunch.org, October 13. Daniel Warner is the author of An Ethic of Responsibility in International Relations. (Lynne Rienner). He lives in Geneva.